The Danger of Detail – Use “Prices,” Not “Rates” 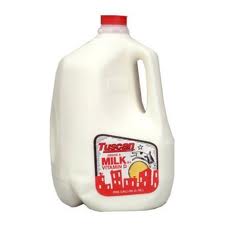 Most energy utilities – electric, gas and combinations – are increasing the price of their service these days.

That’s a conscious word choice I recommend, because “price” is more customer-intuitive than “rates.”

Don’t believe me? Take off your “utility communicator” hat, put on your “consumer” hat, and join me as I go grocery shopping.

If your grocery store is laid out the same as mine, the first stop is the dairy section, where I pick up some milk. The price of milk reflects all of its inputs – the cost to feed and milk the cows, pasteurize the product, buy the containers, put the product in the containers, ship the containers to the grocer’s distribution center, display it, and pay for the electricity to keep it chilled. It even reflects a small charge for product that has to be returned. 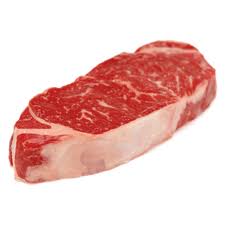 Next stop: the meat section, where I am on the hunt for a nice sirloin steak (apologies to my vegan friends!). I make my decisions based first on the total cost, then on the price per pound. I don’t really care how much or how little of the price can be a

ttributed to the cost of maintaining, slaughtering or butchering the animal. Nor do I care how much the grocer had to pay to transport, package, refrigerate and display the steak.

OK, let’s bring this back to utilities and the price of their service. In the consumer world, the all-in cost of a good or service is called its price. Consumers don’t really care about the disparate input costs. The distinctions between raising and feeding the cow, on the one hand, and packaging and transporting the product, on the other, are not meaningful. This is a bottom-line society – how much money will have to come out of my pocket if I want to buy the steak?

Communications Tip of the Month: Use the word “price” instead of a combination of “base rates” and “fuel cost” to describe what your service costs customers. It’s an important step to communicating with customers in language they understand.

In my research, very few utilities use the term “prices” to describe what customers pay for electric or gas service. Overwhelmingly, utilities prefer the term “rates.”

But this can get tricky because utilities must communicate with two separate audiences – internal and external. Inside the utility, the word, “rates” is often used as shorthand to reflect all of the cost inputs – operations, maintenance, fuel, infrastructure construction, procured energy, debt service, etc. But in conversations with their external stakeholders, utilities often try to create a distinction between base rates and the costs to buy fuel from a third party, which typically is a pass-through where the utility earns no profit.

I recently spoke with a utility communicator who shared a first-hand story about the dangers of using internal terms like “rates” with an external audience.

“You set yourself up for mischief with external audiences if you rely too much on internal terms,” this utility communicator told me. “Our rate case communications materials were totally unintelligible to the public, largely because we relied on internal terms that meant little or nothing to the outside world.”

When the utility head appeared before the city council, the questioning usually went something like this:

City Councilor: “Are you planning on raising rates?”

City Councilor: “OK, thanks. Next we’ll hear from the Parks Department.”

This level of questioning continued for several meetings stretching over more than a year. Unfortunately, while the utility was not, in fact, raising its base rates, it was incurring millions of dollars of procured energy costs that were not being reflected in its electric prices. No one on the city council asked about procured energy, or retail prices, or energy imbalance accounts. They used the term, “rates,” which the utility officials took to mean base rates.

In retrospect, it’s hard not to be cynical about this extended period of miscommunication. The utility official was answering a question he was asked, but didn’t see fit to say there was more to the picture – the utility’s bulging energy imbalance account. Lawyers tell their clients to answer only the questions they are asked, and that’s probably sound advice when you’re in litigation. But after a while, it sounded like this became a game of communications hide & seek.

Eventually, the utility head had to go to the city council and say that, while base rates were not increasing, energy costs were – and the utility needed to significantly and quickly increase its retail prices because it was running out of money to pay the cost of procured energy. That led to a prolonged period of nastiness between the utility and city council. Several heads rolled. Recriminations flew. Confidence in the utility plummeted. Prices eventually went up quite sharply. Trust is still being rebuilt.

Bottom line: Utilities can get in trouble when they speak to external audiences using complex terms designed for internal audiences. That doesn’t mean switching to “prices” from “rates” will be fast, easy or universally accepted. It’s a small but important cultural shift to thinking about the utility business from the perspective of external audiences.

Using language your customers understand will help keep your utility aligned with its important external audiences. Think about it the next time you pick up a gallon of milk.