Retirees: A Utility’s Secret Weapon in the Net Metering Battle 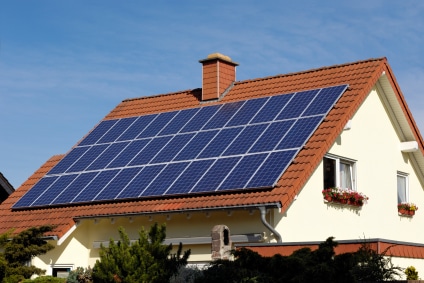 Electric utilities across the country are getting PR black eyes on rooftop solar and net metering. The Washington Post, The New York Times and countless local news organizations have run articles on this national trend of homeowners putting solar panels on their rooftops. The controversy arises over net metering: what should homeowners pay to maintain the electric grid and preserve the option of taking utility-delivered electricity?

Dozens of electric utilities are in a terrible PR dilemma: How to break the bad news to the public — that they’re neither zeroing out their electric bill nor disconnecting from the grid — without looking like they’re anti-solar power. How did utilities get themselves in this bind and how can they get out of it?

Utilities are losing this PR battle because they brought a knife to a gun fight. The sooner they understand that, the sooner they can begin to recalibrate their marketing tactics, and perhaps recapture lost ground.

For the most part, utilities have not mobilized a critical communications and community relations asset – their retirees. Solar companies, meanwhile, are going door to door, signing up one customer after another. It’s the ultimate retail business model, and the solar guys have been on the offensive. They’re using face-to-face (F2F) marketing on a door-to-door basis. And utilities? Well, they’re playing defense, and not very well. 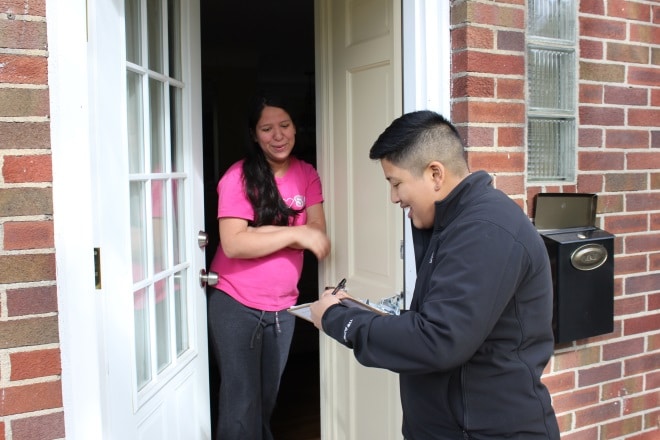 Utilities’ problems on net metering are only partly the result of clever renewable-energy lawyers and sympathetic state regulators and politicians. No doubt those folks are playing a part in giving utilities a really bad hair day. But the real reason utilities are behind the 8-ball on rooftop solar and net metering is they overlooked a low-tech, high-engagement marketing tactic: F2F marketing.

Communications Tip of the Month: Don’t bring a knife to a gun fight. Utilities have a secret weapon in waging a door-to-door campaign on rooftop solar and net metering – retirees! Use them creatively and you can regain lost ground in this PR battle.

Take a good look at your secret marketing weapon, shown at left. Your retirees are your foot soldiers, your feet on the street that can help you recapture momentum over rooftop solar and net metering. They can be a powerful adjunct communications and community relations asset. But first, you have to think about them. Then you have to ask them.

Utility employees are known for their longevity. Typically, they are hired at age 18, or 21, or 25, and 20 to 30 years later, they retire. Think of the emotional ties they build to their fellow employees and their employer during their working lifetime. When you work that long for a company, you want to see it succeed after you leave. If you spend 20 or 30 years with an employer, you can’t help but define yourself, at least partially, by who you used to work for.

Depending on the size of your utility, you may have hundreds if not thousands of retirees in a given area. And unless your utility has a history of treating its employees and retirees poorly, chances are those retirees will want to stay connected with their former colleagues and former employer.

Earlier this year, in preparation for a talk I gave at the Spring Energy Symposium held by the Western Energy Institute, I conducted some research among utilities about their efforts to engage and deploy retirees as an adjunct communications and community relations resource.

That research identified an interesting opportunity. Most utilities have some type of organized retiree group, but the utilities I surveyed were not asking anything of their retirees. Most importantly, they didn’t see retirees as a potential resource to be utilized to fix a problem.

During that research, I got the impression that some retirees would like to be asked to get involved. The head of one utility alumni association told me, “management used to ask us to get involved, but it’s been a long time since the phone rang. It’s almost like we’re out of sight, out of mind. I think management wants it that way.”

One utility – Louisville Gas & Electric (LG&E) – stands out for its thoughtful use of retirees as adjunct communications and community relations assets. I learned a lot from interviewing the woman who directs retiree engagement for LG&E and its sibling utility, Kentucky Utilities (KU).

For more than 20 years, retirees from LG&E and KU have volunteered to help their utility. Here are some of the ways I was told that retirees are helping their former employer:

“We put out a call for 10-20 volunteers, we usually get 50,” she said. “Our retirees are a valuable institutional memory – why shouldn’t we use them? Retirees have the ability to talk to their neighbors in a ‘guy next door’ level, without sounding corporate. We are consciously using them to expand our reach into the community.”

“Our retirees have emotional connection to the people and the utility where they spent their working years,” she continued. “They want to keep that alive. Without a doubt, retirees are one of our most important communications & community relations assets.”

Together we brainstormed a few other ways that retirees could carry the flag for their utilities:

Rooftop solar and net metering didn’t come up specifically in our conversation, but there’s no reason it could not be added to the list of things utility retirees could engage with their neighbors about.

Retirees can be engaged stakeholders that are willing and able to explain a utility’s initiatives in the community. They can enhance and extend the impact of paid communications staff. They can educate customers, which removes obstacles to your business plans. They can represent at community events, where they can serve as the face and voice of your utility in the community.

By overlooking retirees, utilities are leaving important adjunct communications assets off the field of battle. Retirees are notoriously busy – I volunteer with some of them at a local food bank – but they’re also very civic minded. I can’t say they’d all jump at the chance to get involved, but I’m pretty sure some would.

I’m going to give my friend at LG&E the last words here, because she was so eloquent and passionate about her utility’s retiree involvement. “The program has worked because management has long taken this approach to retirees: ‘Our eyes are open, our minds are open, our hearts are open.’ Once you frame it like that, it’s a no-brainer. Besides, do you really want 4,500 retirees across the state bad-mouthing their former employer?”