Awkward Conversations Utility Communicators Need to Have with Customers 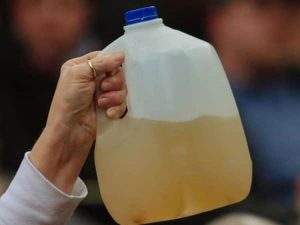 Many of us would prefer to avoid awkward conversations if we can. We turn evasive when our children ask us, “Where do babies come from?” At a party, someone asks about the presidential candidates and most people go into full-on fudge mode. Stalling, evading and dissembling are seen as preferable to having a conversation that makes us uncomfortable.

The ongoing water crisis in Flint, Michigan, holds valuable communications lessons for electric and gas utilities. Typically, utility executives are reluctant to discuss with customers the need to invest in infrastructure, because that brings on the discussion of price increases. It’s awkward, it’s negative, it’s a sleeping dog we should let lie.

No, we shouldn’t. The water crisis in Flint is what happens when a utility doesn’t maintain its infrastructure. And there is mounting evidence the water infrastructure crisis is a national one that spreads well beyond Flint. 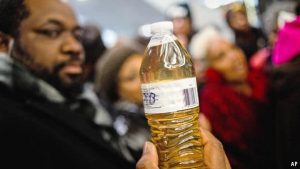 Leave aside all the political finger-pointing, of which there is plenty. Forget partisan politics if you can. Overlook the special conditions, such as the city of Flint being in receivership. Ignore claims of racism. At its core, the Flint water crisis is a story of a utility placing its customers at risk because it didn’t do its most basic job: maintain its infrastructure. 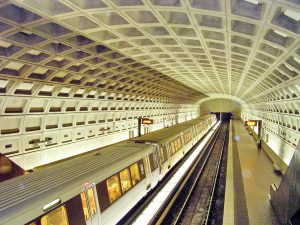 Metrorail, the Washington, D.C.’s train service, is now crippled because its leaders and board repeatedly refused for decades to raise prices to fund maintenance of the system. As a result, for the next year, some train lines will be taken completely out of service for weeks at a time, on a rotating basis, to perform the maintenance that should have been performed in 1993. And 1999. And 2004. You get the picture: You can only defer maintenance so long.

“Metro also has let its tracks, electrical systems, rail cars and other equipment deteriorate, despite escalating warnings that major repairs or replacements were required,” The Washington Post reported recently.

Utility executives I have known and worked with generally don’t want to discuss raising prices until the very last minute. I get that. Requests to increase prices will bring criticism — of them personally and the utility. That could sap employee morale. In some cases, news stories will contain the chief executive’s salary and bonus, always a nice touch. Then there is the adversarial rate-case process itself at the utility commission, where the utility’s numbers are always questioned and their motives sometimes impugned.

Communications Tip of the Month: Some utilities are using the price-increase process to have a conversation with their customers about their energy use and the utility business itself, including the need to strengthen and maintain their infrastructure. Those utilities are being proactive, not reactive: They see price increases as opportunities, not threats. It may feel awkward the first time, but it’s the right way to go.

On their very best day, rate cases are expensive, contentious and unpleasant — something any sane person would want to avoid for as long as possible, right? Wrong.

Why Utilities Should Welcome a Price Increase 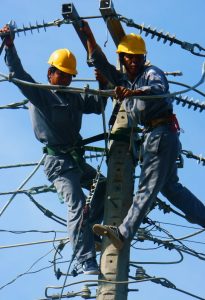 Some utilities choose a different approach: use the price increase process to have a conversation with their customers about their energy use and the utility business itself. Be proactive, not reactive. If price increases are the only time customers care about their utility service, why not capitalize on that opportunity? Show how your utility values safety. Discuss why you are replacing aging infrastructure. Explain that growing communities need new investments in pipes and wires. Showcase your commitment to improving the environment.

Jeff Brooks, a spokesperson at Duke Energy, talked about seizing that communications opportunity at a recent conference. In a talk titled, “Rate cases and reconnecting with your customers,” Jeff noted that rate cases were complicated, customers don’t like them and they don’t give the utility any credit when prices don’t increase. 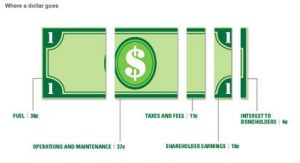 Rather than hide from its customers, Duke decided to have a full-on conversation with them about the business of generating and delivering electricity. They crafted easy-to-understand graphics about where the customer’s energy dollar goes and how long $1 of electricity from Duke would power different household appliances. 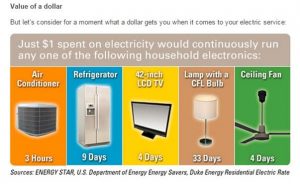 By making a conscious decision to show customers what they are paying for, and highlighting the employees who make it happen, Duke took a high-impact but uncommon path. They put a face, a name, a voice and a story on the business of generating and delivering electricity.

“We should welcome a rate case because it’s a chance to tell our story,” Jeff told the conference attendees. “Investments equal better service for our customers. People are often willing to pay more for things they value.”

His point is eminently applicable to electric, gas and water utilities. Who doesn’t value safe, reliable and affordable utility service?

I recently completed my first communications project with a water utility. That project, conducted as the crisis in Flint was unfolding, made me think twice about the life-sustaining importance of utility infrastructure. Whether that infrastructure is carrying natural gas, water, or electricity, utilities are obligated to ensure it is operated safely. 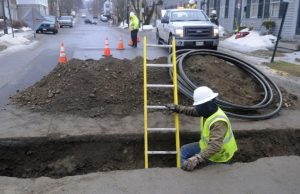 Shortly thereafter, I took on a few communications projects involving gas utilities, notably safety. At conferences, I listened more intently than I normally might have as speakers discussed gas explosions in California, New York, New Jersey, Pennsylvania and elsewhere.

Sure, consumers will grumble when the price of anything — beer, gasoline, utility service — goes up. But as another utility communicator told me a long time ago, “As long as we can show customers that the value they receive is greater than the price they pay, we’ll do OK.”

Speaking proactively and confidently about what your utility does and how customers benefit from that may feel awkward at first. It’s always awkward when you try something new. But given the hefty amounts utilities plan to invest in the business, you will be having that conversation on a regular basis going forward. Why not take steps today to make it less awkward?

Is Our Value Rising as Fast as Our Prices? 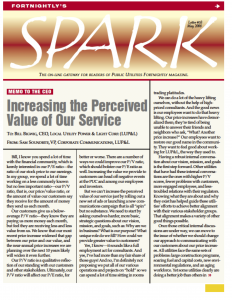 Electric and gas utilities are increasing their prices, and that trend looks like it will continue for the foreseeable future. This article, published in Public Utilities Fortnightly, takes the form of a memo from a utility’s chief communications officer, Sam Soundbite, to his CEO, Bill Bigwig.

Sam acknowledges that all communications didn’t go as well as planned in the utility’s most recent price increase. He offers several specific suggestions for Bill to consider as they both contemplate a future with price increases as far as the eye can see.