Writing in the Office: Six Tips for Utility Communicators 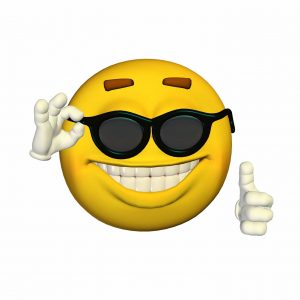 “How did you write that so fast?” a client asked after I rewrote something for him. Easy, I emailed back: no meetings! I inserted a smiley face emoticon to show how I felt about that. Hopefully I wasn’t rubbing it in.

Well, not having meetings certainly was part of it, but there were no interruptions either. No one dropped by for a quick chat. I wasn’t compulsively checking email or social media. I wasn’t listening to music. I had finished breakfast, and lunch was still two hours off. There was no popcorn aroma emanating from the break room to distract me.

I was fully caffeinated, so a coffee run was unnecessary. The phone wasn’t ringing. Our dog Callie didn’t need to be walked. There was no need to text anyone. I was not trying to capture any Pokémon. 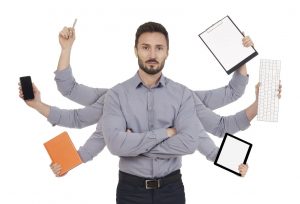 In other words, there were no distractions. Actually, to be more precise, I did not allow myself to be distracted. I even turned my mobile device upside down, so I wouldn’t be distracted by its blinking blue light signaling a new message had arrived. I closed out my email so I wouldn’t be tempted to sneak a peek.

That got me thinking: Why is it so hard to write in the office? One reason is that writing doesn’t come easily to everyone, just like calculus doesn’t come easily to everyone. But another reason is there’s no solid time in the course of a work day. Utility communicators and marketers — managerial and non-managerial — spend a good bit of their working days in meetings, leaving less time for thinking, reflecting or drafting copy. Unfortunately, thinking, reflecting and drafting are essential precursors to good writing.

Writing anything, even an email, takes focus and concentration. If you’d like to hear my take on writing, you can check out this new video here on the EEC website.

In his book The 7 Habits of Highly Effective People, Stephen Covey provided a framework for prioritizing tasks I have found useful in life and in work. Since time is by definition limited, personal effectiveness is largely a question of triage and intentionality. Using “urgency” and “importance” as his criteria, Covey created a four-cell model you can use to prioritize your work on a daily, weekly or monthly basis. Of course, this approach also works for prioritizing your non-work life too. 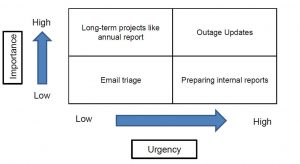 Credit: The 7 Habits of Highly Effective People by Stephen Covey

In Covey’s model, “Urgency” is a function of time – when something is due – while “Importance” is a function of its impact. Certain work tasks may be urgent but not particularly important, such as preparing the weekly or monthly staff report, which may be due on a particular day. Other projects have higher importance but less near-term urgency, such as writing the annual report. And some tasks are both urgent and important, like posting updates to social media during a power outage.

In the workplace, sometimes important but low-urgency projects get overlooked for such a long time that they become “high urgency” projects. Sometimes that’s because budgets have been cut or staff have departed. But other times it’s because people have allowed themselves to be distracted by low-importance, low-urgency tasks. 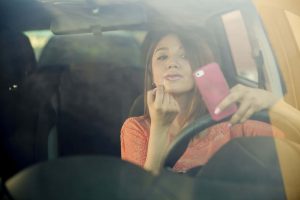 We frequently hear about the dangers of distracted driving. Drivers talking on the phone, texting, eating, smoking, talking to passengers, putting on makeup, etc., killed 3,179 people and injured another 431,000 in 2014, according to the U.S. Department of Transportation.

At a recent communications workshop, I shared a few tips to become a more productive writer in the office, including:

Every two hours or so, take a break and reconnect to email and your digital devices. But be ruthless in your triage: Unless something has exploded or someone is bleeding — in other words, a high-importance, high urgency event — you can deal with it later. 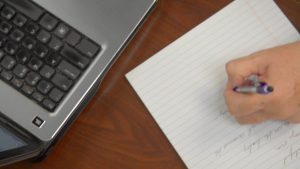 If you’ve tried all six tips but still can’t get enough quality time to think and write, ask your manager if you can work from home one day a week so you can write free of distractions. Many companies have policies on telecommuting or flexible schedules. If writing is a critical part of your job, be creative, set boundaries and stand up for what you need.

Several workshop attendees looked doubtful when I shared my tips. With some anxiety in their voices, they asked what they would miss if they made themselves temporarily unavailable to their peers, their subordinates and their bosses. In other words, they had the work version of Fear of Missing Out (FOMO).

Here’s what they would miss: wasted time, endless social media scanning, stress headaches, long email chains and office gossip. I think the potential benefits of increased focus — quality thought and persuasive writing produced ahead of deadline — far outweigh the risks you will miss something important by disconnecting once in a while.

One way to get more writing done at the office: cut down the number of meetings you schedule or attend. How many meetings do you go to where there’s no agenda? Some companies have a policy that employees are free to skip any meeting that does not have an agenda. That’s a great idea, one you might want to try to implement at your office. After all, does the company’s cross-functional “Fun Committee” really need my input to plan the company picnic? 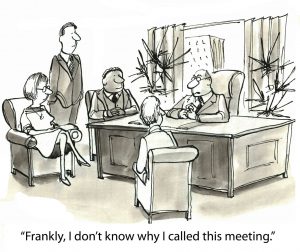 The New York Times recently explored the “multitasking vs. monotasking” debate in an article titled, “Monotasking Gets a Makeover.” Monotasking, a push-back against multi-tasking, makes a lot of intuitive sense. Didn’t our parents and teachers tell us the same thing? Back then, they called it focusing, as the Times writer pointed out. Some of us still do. 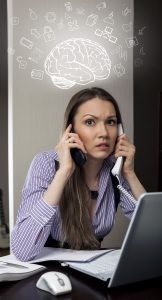 Sure, most of us are capable of doing two things at once for brief periods of time, like doing email while watching a ball game, providing neither task was too mentally taxing. For emails requiring a little extra mental heft, I turn off the sound of the ballgame but keep the picture on. Perfect compromise, right? Sure, as long as the email I’m trying to respond to isn’t all that complex.

Experimental research has shown that multitaskers tend to be more error-prone than monotaskers, the Times article noted.

As much as people would like to believe otherwise, humans have finite neural resources that are depleted every time we switch between tasks, which, especially for those who work online, can happen upward of 400 times a day, according to a 2016 University of California, Irvine study.

At the end of a day spent multitasking, your brain has used up all its finite neural resources.

A separate Times article explored what people lose when they allow digital devices to crowd out thinking, observing and reflecting: people deprive themselves of unencumbered mental space, which is often where “Eureka!” moments live.

An author quoted in the second Times article summarizes the challenge posed by digital devices: “Finding moments to engage in contemplative thinking has always been a challenge, since we’re distractible. But now that we’re carrying these powerful media devices around with us all day long, those opportunities become even less frequent, for the simple reason that we have this ability to distract ourselves constantly.”

Some time back, an article in The Washington Post looked into why knowledge workers have become Work Zombies, and the 10 things employees could do to reclaim their brain. 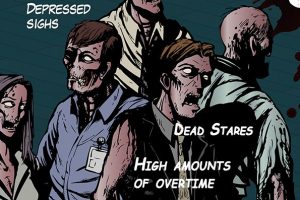 The Post article references research which found “a lot of the long hours knowledge workers put in are not very productive because they tend to be interrupted every three minutes. It takes an average of 23 minutes to return to a task after an interruption. And that slogging through an e-mail inbox can eat up as much as one-fourth of the workday or more.”

As a copy-writer for utilities, my productivity is enhanced by my work setting: a solopreneur working in a home office. I don’t have the distractions, or the obligations, I had when I was a manager working in an office.

Sure, there are some drawbacks to not working in an office. But the benefits far outweigh the costs, at least for me. Looking back, I don’t see how I could have been creative in an office setting. And bringing in funky furniture or having healthy snacks, as some companies do, would not have helped because producing quality work in almost any endeavor requires concentration. And you can’t do that while you’re stuck in a meeting, or trying to multitask or eating healthy snacks or sitting in funky furniture.

Some of my clients come to me because they simply can’t fence off enough time to do a large project, like writing an annual report. Dashing off a press release is the kind of thing you can (try to) do in between meetings. But putting forth a compelling narrative that extends for several thousand words? Probably not.

Oh wait, there’s the phone. I’ll return to that thought in 23 minutes. While I’m finding my way back, perhaps you’d like to see and hear my take on writing, including long-format writing, in my new video? 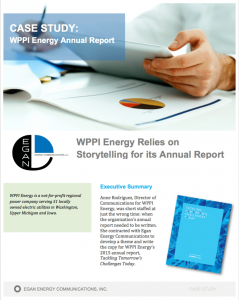