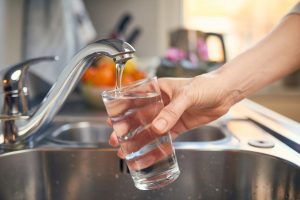 “Why do water utilities advertise?” my son Jack asked me the other day, more or less out of the blue. “I mean, it’s not like I have a lot of choice.” Since Jack doesn’t work in a utility marketing department, he’s not privy to internal discussions about a utility’s brand.

I told him that he did have other options besides taking water from his monopoly water utility. He could have a well dug on his property. He could drink and cook with bottled water.

Showering and toilets? That’s mostly a function of whether he could have a well dug.

I hear Jack’s question asked from time to time by clients and colleagues. Sometimes it’s asked rhetorically and sometimes it’s with deadly serious intent. If we are legally protected from competitors, isn’t a utility’s advertising a waste of time and money? Shouldn’t we just lower each customer’s monthly bill by 25¢ and call it a day?

Nope. The most successful utilities have invested time and money creating a brand that is relevant to customers and that has powerful, often unspoken, emotional resonance. That brand is built over a long period of time. Properly utilized, it can create a lot of value.

POUs Occasionally Get an Urge to Privatize

Fittingly, Jack lives in Colorado Springs, Colorado, where about every seven years the city council revisits the rationale and value of being a publicly owned utility (POU). What typically triggers that reexamination is that a “small government” candidate was elected to the city council, which functions as the regulator for Colorado Springs Utilities, and he or she wants to know why the government is providing services that the private market can perform. Why don’t we sell the utilities, cash a big check, get the debt off our books and move on, goes this line of thinking.

In addition to Colorado Springs, Colorado, that kind of conversation took place at several other publicly owned utilities recently: Vero Beach, Florida; JEA in Jacksonville, Florida; and Lafayette Utilities System in Louisiana, to name a few.

CMUA Speakers Explore Why Utilities Should Have a Brand

Had Jack been able to join me at last month’s California Municipal Utilities Association’s annual conference, he would have heard three powerful speakers discuss why utilities need a distinct, positive brand. Yes, I know, a brand is not synonymous with advertising, but for our purposes, it is close enough. Should you wish, you can access the speakers’ presentations here. 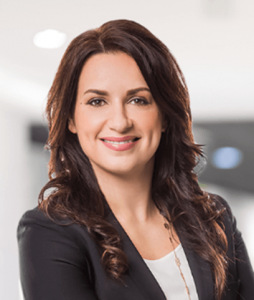 The first speaker, Aida Hakirevic, a director at the Navigant consulting firm, started her talk by asking how many in the audience agreed with the statement from an executive at a Canadian POU, that “the utility of the future is absolutely not going to look like the utility of today.” Only about 25% of the attendees raised their hands. That was a little surprising, but this was an early-morning session, so perhaps the attendees were not fully caffeinated.

In any case, Aida then discussed how one industry after another — music, photography, telecommunications and transportation — have been upended by digital technologies and changing customer preferences over the last quarter century. Those two forces combined to redefine the customer experience.

She then shared the results of a J.D. Power/Centric Digital benchmark survey of the customers of the 67 largest U.S. electric, gas and water utilities. This survey measured customer perceptions of companies’ websites, mobile apps, social media, chat, and text functions. 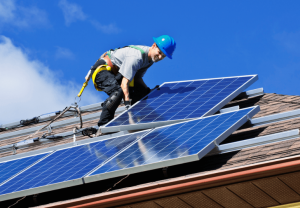 Some utilities have seen change in the market — represented by distributed energy resources (including, but not limited to, rooftop solar), battery energy storage, smart thermostats like the NEST, the ability of customers to buy back-up generators at DIY stores, flat or declining load growth, declining cost of renewable generation, regulatory mandates for renewables, and so on — and have worked hard to get on the right side of change, largely by becoming more attuned to what their customers want. Others, perhaps a lot of others, still have their doubts.

A Brand Can Dispel Distrust, Create the Benefit of the Doubt

A second speaker, Rachel McGuire, a former utility communications manager and the founder and president of RMG Communications, made a few compelling points about the importance of a utility’s brand: 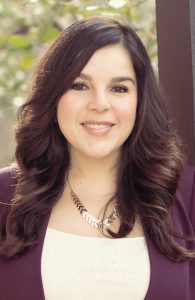 “If you’re not telling your story,” she said, “someone else will — and it might not be the story you want out there.”

“In your brand, you need to be the best version of yourself,” Rachel continued. The best versions of other companies already are taken.”

Communications tip of the month: Not everyone in the industry believes that having a distinct and favorable brand creates value for utilities. But talk to executives at a utility that has just weathered a problem and you’ll more likely than not hear that having a strong, positive brand shortened their recovery time.

The CMUA panel’s third speaker was DeDe Cordell, communications manager for the Yuba Water Agency, a Northern California multi-purpose water agency. She’s a firm believer in branding, and it’s not because her agency is facing a competitive threat that could cause it to lose customers.

Yuba Water Agency has eight — yes eight — agricultural customers. The agency serves all of Yuba County through flood risk reduction and water supply reliability programs and projects, but area residents had no reason to know about the agency until recently. DeDe’s reason for branding had more to do with projecting a unified face and voice to the community as Yuba Water is now making major investments with its hydropower revenue that are expected to significantly improve the quality of life and prosperity of Yuba County’s residents.

Make Sure Employees are On Board

“For 50 years, we flew under the radar: we had no brand and no one knew who we were,” DeDe told the conference. But after a seven-month effort to launch a new brand, one of her key takeaways was this: “It’s so important that your employees buy into the new brand and are supportive of your efforts, because they are the brand ambassadors in the community.”

So to return to Jack’s question, utilities advertise as one of several ways to communicate with customers. More frequent communication tends to build trust, assuming your deeds fulfill your words. Customer trust is an asset that can’t be valued on a balance sheet, but it does have value. Just ask any utility whose customers have stopped trusting it. The road to recovery is long and steep.

I speak and blog now and again on utility branding, and I’m glad CMUA devoted a panel to the topic. But all the recommendations and anecdotes from a conference podium can only go so far. At some point, as a utility manager who had his doubts about branding once told me, branding is like the Immaculate Conception story in the Bible: either you believe in it, and all that flows from it, or you don’t.