What Stories Are You Telling Your Stakeholders? 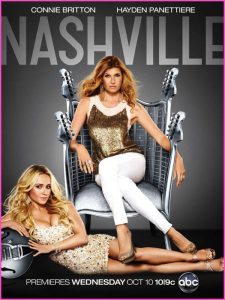 “I love country music because of …”

“… the stories!” we all said, finishing her sentence.

I was having lunch with a client team at a utility. We were getting to know each other in advance of a large, time-sensitive project where we would need to work together closely. In the early “getting to know you” phase of our conversation, it turned out most of us liked country music.

I recently started listening to country music, thanks mainly to the ABC-TV drama Nashville, which is wrapping up its third season. The show draws millions of viewers each week for the same reason country music is so popular — the stories! Some country songs have pretty colorful titles. Thematically, they’re pretty straightforward. From a story-telling perspective, here are some of my favorites:

This list is not meant to be reductive, but neither is it meant to be exhaustive. Instead, I’m trying to show that simple stories can be powerful if they touch an emotional chord with the audience.

Communications Tip of the Month: People are wired to remember stories, not facts. That’s why country music is so popular! Creating a narrative that resonates emotionally with your stakeholders will help you establish a clear and distinct presence in the market.

Talking about country music’s appeal got me thinking about the stories utilities tell their stakeholders — their customers, employees, communities, owners and so on. Unlike country music, these stories are, in the main, too long, fact-based, overly complicated and pretty forgettable. Too often, they simply don’t resonate. 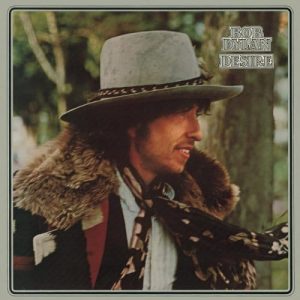 Bob Dylan’s songs resonate because they are stories, told with keen attention to detail. In a series of albums released in the 1970s — Blood on the Tracks, Desire and Street Legal — he chronicled, among other things, the collapse of his marriage, rampant consumerism and the wrongful conviction and imprisonment of heavyweight boxer Rubin “Hurricane” Carter.

Love him or hate him, Dylan’s lyrics still resonate four decades later. Utility communicators could learn a lot from him.

Certain songs from that period – Sara, Hurricane and Isis – are particularly evocative and thus instructive. Note how Dylan uses short words and specific situations to draw us in: He’s on a beach, he’s in a bar, he’s on a horse. Dylan is following the recommendation of essayist and novelist George Orwell, who urged writers to never use a long word where a short word would do, and to never use the passive voice where you could use the active.

In general, I think electric cooperatives tell a good story. Many co-op member-owners can remember a time when they didn’t have electricity. So the creation story told by so many co-ops resonates with many of their older member-owners because they can relate to it personally. They feel gratitude that someone cared enough about them to bring electricity to their homes and businesses. Of course, the percentage of co-op member-owners that have direct, personal memories of a pre-electric life is falling, which is why co-ops have such urgency about finding a new narrative that can replace their creation story. 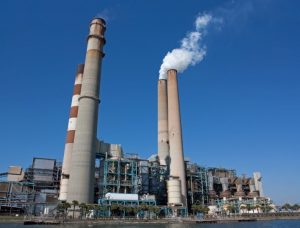 I know it’s hard for utilities — probably any industrial enterprise — to describe with brevity, emotional resonance and in the active voice what they do and why they are doing it. Instead of “prices,” utilities speak of “rates.” When it comes to cleaning up the environment, they prefer the specific, technical terms like “flue gas desulphurization” and “activated carbon injection” instead of more generalized terms like “cleaning up power plant emissions.”

I’ve been part of negotiations within a utility as news releases get drafted and make their way up the leadership chain. I’ve watched, and often counseled against, calling a price increase an “upward rate adjustment.” But ultimately, communicators have to pick their battles. Maybe calling the price increase an “upward rate adjustment” isn’t so bad after all. It’s comfortable. It’s familiar. And it’s one less thing to have to negotiate.

But that willingness to make what seems like a small compromise over inconsequential word choices is exactly why so many utility messages fail to resonate with their intended audiences. Those seemingly innocuous compromises over rhetoric help create long-term problems like credibility, confidence and trust. When stakeholders say they don’t understand (or believe) what you’re saying, what they’re really saying is, your message is too complex, and maybe you’re not all that trustworthy.

As professional communicators, we owe it to our companies and our customers to advocate for what we know to be true:

In a previous blog post, I referenced a terrific book about messaging, Made to Stick, which showed messages that resonated with consumers were built on six principles:

You don’t have to like Bob Dylan or a member of Lady Antebellum to recognize the power that comes from stories that are simply rendered, contain concrete details and touch an emotional chord. Strive for that in all your communications, and more of your stakeholders will get the message.