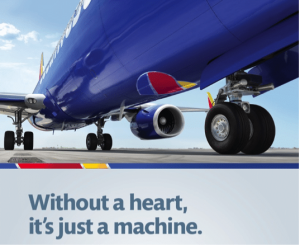 I walked down the airport jetway, physically tired but mentally energized after a very positive client visit. I recently switched my flying allegiance to Southwest Airlines, and I’m glad I did because this visit lasted longer than originally planned. Not all of our meetings could be held on Tuesday; some had to be moved to Wednesday. Rebooking my return flight on Southwest had none of the hassle and cost of the other airlines I had flown. And the more frequent departures worked just fine for me.

I was thinking of all the to-dos stemming from my trip when I walked by a poster from Southwest. “Without a heart, it’s just a machine,” it read with a close-up of one of its planes. Soon thereafter, the airline launched its Heart TV ad campaign.

Southwest’s campaign, and its entire value proposition, is highly applicable to utilities. Airlines and utilities are different in a lot of ways, but they share some important similarities. Both are asset-intensive businesses with billions of dollars of “big iron” on their balance sheets. A company’s profitability depends on using those tangible assets as efficiently and effectively as possible. Fuel is one of the largest costs for both airlines and energy utilities. 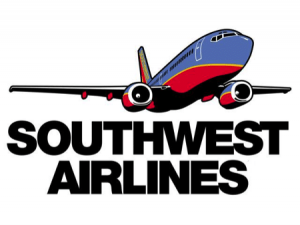 Southwest Airlines has over $20 billion of hard assets – planes and ground equipment – on its balance sheet. That’s about the same amount of assets as an electric utility that serves several million customers. Yet Southwest’s ads highlight their employees, and they claim people are our most powerful fuel. Judging from the demeanor of their customer-facing employees, Southwest Airlines appears to act that way.

As I walked to the cab stand, I thought about this particular Southwest flight experience. The gate agent smiled, looked me in the eye and wished me a good evening when she took my boarding pass. As I boarded the plane, the flight’s captain was there to greet me. And the flight attendants were friendly and pleasant, even as they were trying to cram a passenger’s over-stuffed baggage into the plane’s overhead compartment.

Then I remembered the in-flight safety demonstration on my outbound flight. “Federal law prohibits smoking in the plane or the lavatories,” the flight attendant said, the same script flight attendants everywhere have used on every flight for the last 30 years. But the flight attendant on my flight added this: “Smoking on an aircraft carries a $2,500 fine. If you want to spend that much money to fly domestically, we recommend you fly Delta.” Good one.

Quips like that help differentiate Southwest’s flight attendants from other airlines’ flight attendants. What’s the chance that you’d hear that kind of quip in the middle of a safety demonstration aboard a United or American Airlines flight?

Southwest’s advertising often highlights its employees. Think that’s just a cynical concession to the flight attendant’s union? It’s not. In fact, it’s an adroit way for the airline to showcase a distinction with an important difference, one that is meaningful to customers: When you fly our airline, the ads say, friendly, fun people will take care of you. 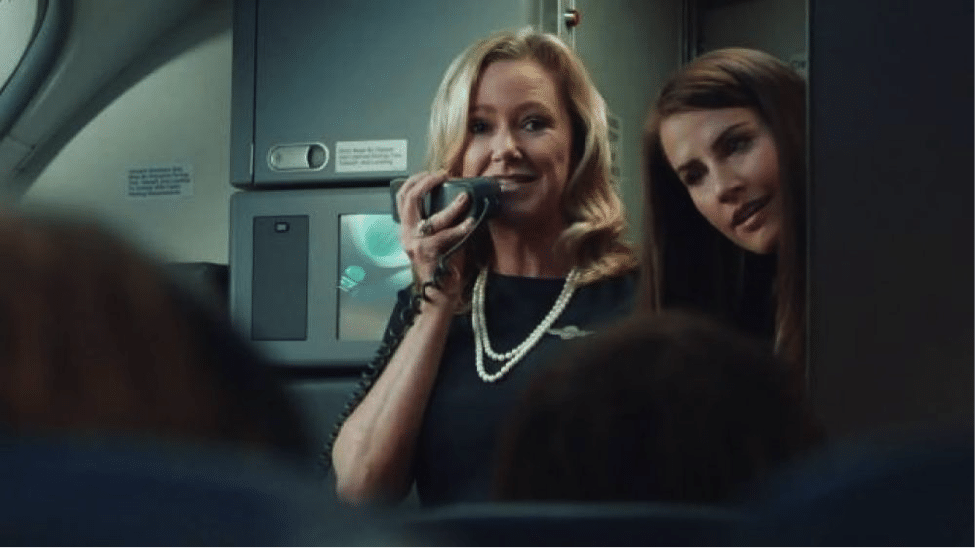 Airlines and utilities provide an intangible service, something that can’t be touched, tasted or smelled (usually). But there’s an important divergence between one airline, Southwest, and most electric and gas utilities: The degree to which they consciously use their employees to establish a clear and distinct voice in the market. Southwest does this to great effect, but most utilities have not gone there.

Not only have utilities chosen not to differentiate themselves with their customer-facing employees, there is evidence to suggest that utility employees are, in general, feeling pretty beaten down, dispirited and disengaged. In Budgets, Gadgets & Price Increases, a recent EEC recent survey of utility communicators and marketers, 15% of respondents said employee engagement was their most important or second most important communications challenge for 2015. Following anecdotes from several colleagues about sagging utility employee engagement, we blogged on that topic a while back.

Communications tip of the month: Employee engagement is increasingly becoming a problem at utilities. Workers want to work for a company that honors them, offers professional advancement opportunities and meets their need for creativity. If those conditions truly exist at your utility, accentuate that in your communications, and watch as the quality and quantity of your job applicants rises.

Marketing professionals in service industries use what’s known as the Services Marketing Mix (below), also known as the 7 P’s of Services Marketing, to market their service. The Services Marketing Mix holds that People (i.e., employees) are an important factor in marketing any service. When you’re marketing something intangible, you can differentiate yourself from your peers and competitors in several ways. Used with strategic intent, a company’s employees (its People) can help a services company set itself apart from competitors and contribute to the organization’s success during turbulent times. 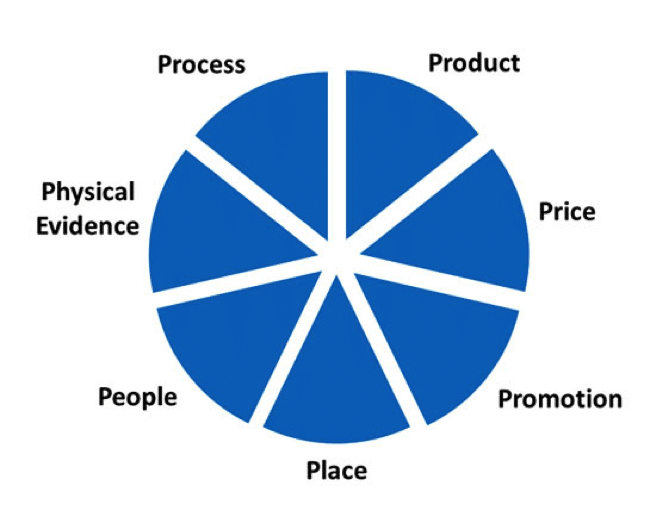 The management literature regularly discusses the critical role that Southwest’s organizational culture plays in its success. They receive an average of over 100 applications for every advertised position. They are an employer of choice in nearly every market they operate.

That’s no longer the case for most utilities. Go to almost any utility conference these days and you’ll hear about how much trouble utilities are having finding and retaining quality workers. Maybe that’s because those workers have decided to work at Southwest Airlines, where fun and creativity are hard-wired into the organization’s DNA.

Southwest is keenly aware its customer-facing People — pilots, flight attendants, gate agents and customer service representatives — play a critical competitive role in the carrier’s success. They are the customer touchpoints, the face and voice of the airline. They’re what people think about when they think about their last Southwest flight. Southwest’s people differentiate the airline from Delta, United and American — even from Frontier, my former favorite hometown airline.

Unfortunately, most utilities have implemented or are implementing policies that reduce employee interaction with customers. Walk-in payment centers are being closed. Integrated voice response (IVR) software tries to direct customers to self-service options. All of these steps are being taken in the name of cutting costs and increasing efficiencies.

I wonder about the long-term impacts of cost-saving moves like that. Sure, it’s easy to quantify the short-term cost savings of closing a utility’s walk-in centers. And we all know that an in-person call costs the utility about $3 per minute. So utilities are doing all they can to reduce personal interactions between customers and utility representatives.

But what about the long-term consequences of cutting yourself off from your customers or forcing them to use service channels that may not like (or that may not be all that well designed)? What signal does it send when the utility only wants to conduct business on its terms? For example, call your utility’s general corporate phone number. See how many options you have to wade through before you get a prompt to speak with a person. Unlike some utilities, Southwest Airlines does not hide its customer service number in an impenetrable IVR menu. They make it easy to do business with the customer using any means the customer chooses.

Utilities face a wide range of strategic challenges these days, including some particularly costly environmental regulations that will force the closure of hundreds of coal-fired power plants and the construction of replacement new gas-fired ones. Providing they’re engaged, a utility’s People – its employees as well as its retirees – can help the organization get through difficult challenges. And there’s no shortage of them on the horizon.

But employees only bring their hearts to work if they work for a company that has earned that privilege. Because without a heart, a utility is just a machine. And neither employees nor customers feel any loyalty to a machine. Nor should they.

2 Comments on “Employees – The Heart of Any Service Provider”