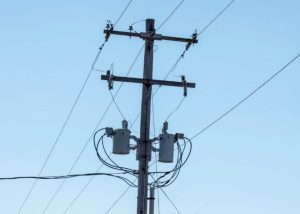 “Poles and wires are boring, but people are interesting,” a utility communicator once told me. I agree completely: The best way to feed your audience, especially customers, the information you want them to know is to embed it in a compelling story focusing on people. Whether it’s still or video photography, the image draws the audience (customers) in and carries the weight of the story. Once an image connects to an audience member’s (customer’s) heart, their ears are more likely to hear the words that explain and support the image. This applies to utility customer communications in so many ways.

You could think of it as feeding sugar-coated broccoli to your children or inserting your dog’s heart-worm medication in a glob of peanut butter. It may sound a little sneaky, but it works. Ask any parent or dog owner. Julie Andrews sang about this in “Mary Poppins”: “A spoonful of sugar helps the medicine go down in the most delightful way.”

It’s a point worth considering by utility communicators and marketers who want to communicate more effectively with customers. Living as they do in fact-rich environments, filled with information about kilowatt-hours, volts, amps, circuit-miles of wire, emissions, cubic yards of cement, therms and hundred cubic feet of water, practitioners can be tempted to rely on facts, rather than peoples’ stories, when communicating with or marketing to customers.

This TV ad for energy efficiency, aired several years ago by Touchstone Energy Cooperatives, quickly and effectively tells you why a family cares about using less electricity: By lowering the family’s electric bill, the family can take an extra day of vacation. 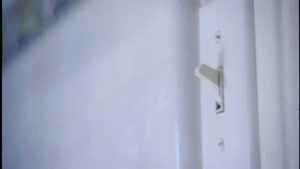 Facts may be simple and straight, as the Talking Heads once sang, but facts don’t have the same impact on a general audience as touching, well-told stories — particularly if those stories are well illustrated. In fact, in the general news media (as opposed to the trade media), almost any story that’s even moderately complex or technical is told through the eyes of people it impacts.

Communications Tip of the Month: If you want to more effectively communicate with customers about a low-interest topic like electricity, natural gas or water, try to tie your service to something customers care deeply about, like their vacations, their children or their pets. Your customers care a lot more about their vacations, their children and their pets than they care about your electricity, gas or water. It may not seem fair, but it’s true.

You can see this reality unfold almost any evening by watching a national network’s evening news. If you’re a loyal watcher of the “CBS Evening News” or “ABC World News Tonight,” I recommend you switch to another network for a night or two so you can see clearly how this works in practice.

In between breathless lead stories about developments in Washington, D.C., and the lighter human-interest stories that close out broadcasts by “highlighting the human spirit,” as one network put it, nightly TV newscasts are finding ways to prepare and package fact-based news stories that may be important, but are dry, technical or not very visual. These includes stories about science, medicine or the economy.

Recently, “NBC Nightly News” reported a new medical study about sharply rising levels of liver disease in people between the ages of 25 and 34. The story opened with an interview of a young man who had destroyed his liver by drinking too much alcohol in his teens and twenties. That was followed by a brief interview of a medical doctor who explained young people are consuming larger volumes of hard liquor these days. The story ended by returning to the young man who drank excessively. He underwent a successful liver transplant and has been sober for 10 months.

On another night, the “CBS Evening News” carried a story about President Trump’s efforts to impose a 25% tariff on imported cars and car parts. Rather than exploring the issue by interviewing economists or diving deeply into trade deficit data, the reporter focused on how the tariffs, if actually imposed, could drive up vehicles prices by as much as $7,000, vaporize up to 120,000 car dealership jobs and threaten the estimated 20% of the U.S. economy that was, to some degree, tied to the transportation business — either as parts suppliers, assembly facilities, insurance companies, banks, advertising agencies.

Here are some applications for utility communicators and marketers: 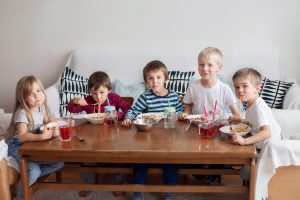 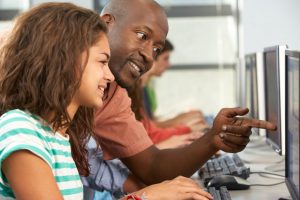 In a utility, tied for a century to physical assets, financial analysis and the laws of engineering and physics, some may question this people-centered approach to storytelling. After all, doesn’t the “real” business of a utility involve transformers, poles, pipes and wires, compressors, chemistry, cash flow and construction?

All those are, in fact, critical aspects of delivering electricity, water and gas to customers. But, in consultant Simon Sinek’s view, transformers, poles, pipes, wires and all the rest are the “what” and the “how” of the utility business. They describe what a utility does and how it accomplishes its tasks, but they don’t shed any light on why a utility exists.

Periodically asking why your utility exists, as I know some utility leaders are doing today, can lead to a new understanding of an organization’s purpose and priorities. Over a century ago, utilities were created to improve the lives of their customers or members by providing safe, reliable and affordable electricity, natural gas or water. Those challenges, for the most part, have been met. So what’s next? What needs continue to exist in your communities? Which of those needs are you uniquely qualified to meet? And who will benefit from your work? That’s what organizational renewal is all about. 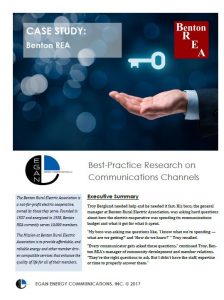 The communications challenge facing Benton REA sprang from changes in the demographics of its service area which had become split between longtime co-op members and new arrivals. Read more about the challenge and solutions in this EEC Case Study here.