Time to Rev Up Your Clean Energy Communications for Customers

California’s decision to go to 100% carbon-free electricity by 2045, passed late last month by the state legislature and awaiting Governor Jerry Brown’s signature, means electric utilities and electric cooperatives in the Golden State will have to up, yet again, their clean energy communications. That applies to electric utilities and cooperatives located outside California, too, as customers increasingly prefer cleaner forms of electricity.

I understand and agree that utilities face serious operational and financial challenges to get to 100% carbon-free energy.

But conducting clean energy communications is a lot easier — providing your communications are closely aligned with your customers’ preferences and expectations. If they are not, now’s the time to tune up your messaging and graphics.

Fortunately, a recent article I wrote for Public Power magazine shows electric companies of all kinds — public, private and cooperatives — ways to structure that clean energy conversation with customers.

Many cities across the country have adopted a 100% clean electricity goal, according to a late-2017 report from the Sierra Club, Ready for 100% (see chart below). Some cities chose a far-off date to achieve all-renewable electricity, and others chose a closer all-clean date. Some of these cities are served by publicly owned utilities (POUs) and some are served by shareholder-owned utilities.

Cities have stepped up their pursuit of cleaner electricity largely because their citizens have been advocating for cleaner electricity. Citizens energized over a particular issue — whether it’s dog-leash laws, a proposed mall or cleaner electricity — vote. Those aspiring for elective office live or die by counting votes, then finding a way to deliver what they promise. Hence, the drive for more clean energy.

Executives at power companies are spending a lot of time figuring out how to meet shifting customer preferences like the demand for cleaner forms of electricity. As utility communicators and marketers, I urge you to become part of those discussions. And, if they are not already underway, how about jump-starting them? 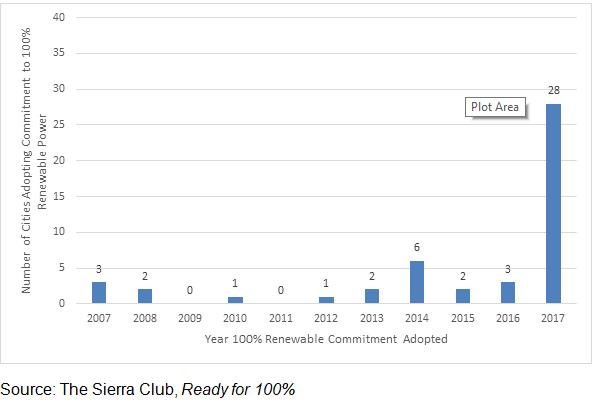 In my Public Power article, I interviewed officials from POUs that had adopted a 100% clean energy pledge. What I learned could help other electric utilities and cooperatives as they grapple with a cleaner, if not 100% clean, energy future.

Step 1: Set Aside Focus on Cost of kWh

An important first step: setting aside your organization’s longstanding focus on the cost per kilowatt-hour (kWh) of electricity. Survey after survey shows this is a concept residential customers don’t understand, mostly because they can’t get their arms around this thing called a “kilowatt-hour.”

Nearly every time I attend a utility-industry conference, some speaker thunders that success comes down to selling lower-cost kWhs than the adjacent electric utility. “It’s all about the rates!” is the typical refrain.

Nope, I think silently. It’s all about the bill and even more importantly, giving customers what they want. For a large and growing segment of your customer base, consumer preferences beat prices six days a week, and twice on Sunday. 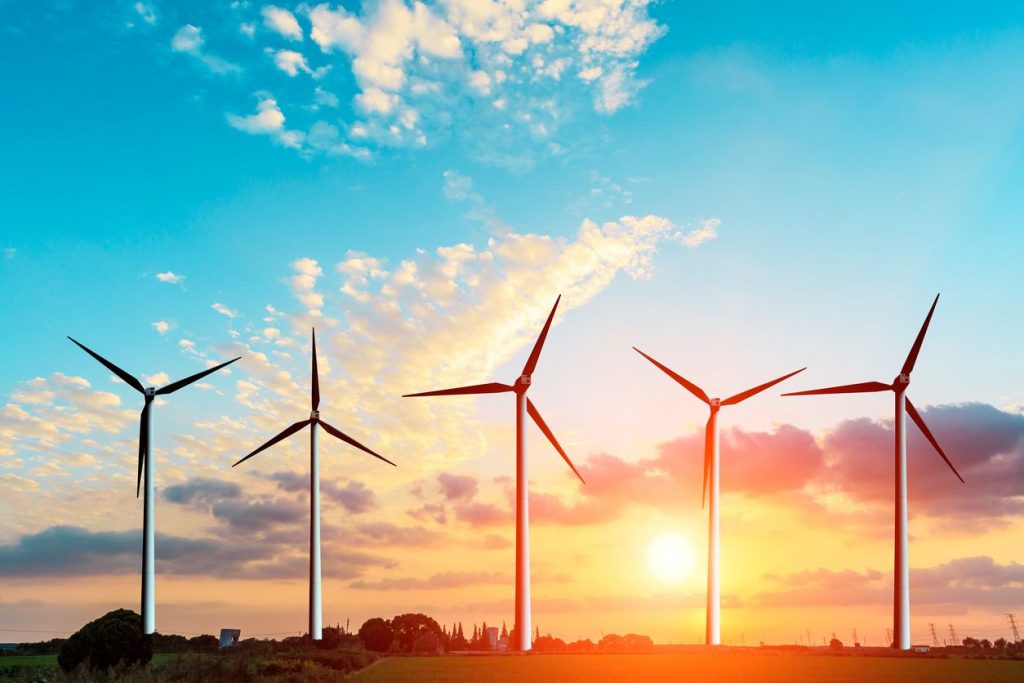 Starbucks has made a mint by offering $5 coffee-flavored beverages. If winning the coffee wars is all about producing the cheapest cup of joe, why does Starbucks have 24,000 outlets in 70 countries around the world?

If winning the vehicle wars is all about price, why are there so many Lexuses and Mercedes and BMWs on the road? Why aren’t we all driving low-end Hyundais and Kias?

Communications tip of the month: An increasing portion of your customers want to purchase goods and services that are produced with minimal damage to the environment. That goes for electricity too! In your communications, ditch your century-long focus on the per-unit price of your electricity and focus instead on its environmental attributes and emphasize your utility is going cleaner because that’s what your customers want.

Step 2: Shift the Emphasis from Price to Customer Preference

In the Public Power article, I note this comment from Joe Bernosky, utilities director for Loveland (Colorado) Water and Power: “The customer-utility relationship is changing. Increasingly, people want to know their water and power come from clean resources. Utilities need to pay attention to that.”

One of his peers, Tom Roiniotis, general manager of Longmont (Colorado) Power & Communications, commented: “As a community-owned utility, our customers also are our owners, which makes their wants and needs crucial in setting our priorities.”

Stakeholder engagement is an essential first step for any public power utility considering a move to cleaner, if not 100% clean, electricity.

And what did POUs find when they asked their customer-owners about 100% renewable power? For a growing number of communities, price, that old bogeyman, seems to have receded in importance.

And declining clean electricity costs mean that, increasingly, the lowest-priced electricity also is the cleanest.

When the City of Georgetown, Texas, issued requests for proposals for power supply in 2012 and 2014, it envisioned a portfolio in which renewables were about 30 percent of the mix. When the bids were opened, the most competitively priced options were wind and solar.

“The two contracts for wind and solar power were not the result of a goal by the city to move to 100 percent renewable electricity,” said Keith Hutchinson, communications manager for Georgetown Utility Systems, which serves about 25,000 customers. “They were the result of getting good offers from wind and solar providers.”

“We have environmentally minded residents who have been very supportive of our move to 100 percent renewable electricity,” he continued. “But that goal was not really on anyone’s radar” when the city began its RFP process. “We were looking for cost-competitive and stably priced power.”

Even though clean energy costs are declining, they are not declining at the same rate for all communities. So cost parameters must be set. If a community had to pay a premium for clean or carbon-free electricity, what would it be? The Palo Alto (California) city council authorized the city-owned electric utility to purchase carbon-free electricity at a premium of up to 65 cents per kWh over the cost of non-carbon-neutral power.

In practice, the utility has been able to procure carbon-neutral electricity at a premium of about 10 cents per kWh, or about $1 per month for residential customers. That’s less than pocket change. That’s the amount of spare change I lose each month in my couch. Sometimes cleaner is cheaper!

So after getting beyond the exclusive focus on “rates, rates, rates,” utilities need to find a crisp and colorful way to conduct their clean-energy communications. Sometimes, an eye-catching visual can be an easy way to start a sustainability conversation with stakeholders, as shown by this image from the City of Aspen (Colorado) Utilities. 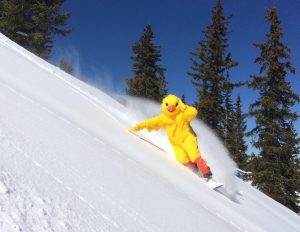 A century ago, long before sophisticated air-monitoring technology, live canaries were brought into underground mines as an early-warning sign to the miners about the presence of carbon monoxide and other harmful gases. The gases would affect the canaries before the miners; when your canary died, you needed to get out of the mine quickly, or else you would too. Hence, the term, “canary in a coal mine.”

As David Hornbacher, director of the City of Aspen Utilities, told me, as a former mining town, it was fitting that Aspen used a bright yellow canary as the public face of the city’s commitment to reduce greenhouse gas emissions as part of a broader climate action plan.

The city put canary images on city vehicles, in city literature and in city advertising. Staffers wearing a bright yellow, six-foot canary suit became prominent fixtures at the Saturday farmer’s market and at other community events.

Now that same graphical execution won’t work in Kansas or Florida, which don’t have a robust skiing industry. But that’s why the current period is so exciting for communicators: The challenge is to find your own unique copy points and visual elements that connect viscerally with your stakeholders, and run with it.

Or as they say on the slopes, rip it up!