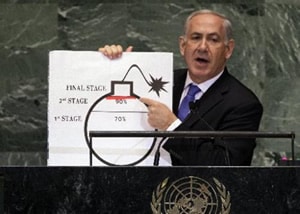 I love this photo. You don’t have to have be a student of Middle East politics (although I was) to decode its meaning. Clearly, some person in authority is concerned about a bomb. Even though the bomb graphic looks like it came from the “Rocky & Bullwinkle” TV show, you get the point. Speaking at the United Nations, Israeli Prime Minister Benjamin Netanyahu was warning the world that Iran was very close to acquiring the ability to make nuclear weapons. Some of Netanyahu’s advisers may have pressed for something more detailed and authentic, but I think this works just fine.

Many utilities struggle with finding the right balance of words and art to communicate with customers. It has become an article of faith in the industry that electricity and natural gas are low-interest topics for consumers — until the lights go out or the bills go up. Our industry’s communications challenges are particularly acute today because federal regulations are forcing utilities to spend tens (if not hundreds) of billions of dollars to clean up or close their aging, coal-fired power plants. Those costs will be recovered in electricity prices.

How can a utility communicate briefly and in customer-friendly language about impending regulations like the Cross-State Air Pollution Rule (CSAPR)? Is it possible to have a cute, cuddly message about the Mercury and Air Toxics Standards (MATS)?

Communications tip of the month: “Communications” is a broad range of activities that could include words, art, and actions. While words are important, particularly for utility communicators, in emotional settings words don’t have the same impact as non-verbal forms of communication.

Not only are utilities planning to close tens of thousands of megawatts of coal-fired generating capacity, they must also find replacement generation. So that adds several tens of billions of additional dollars that must be collected from customers.

Electricity prices will be rising for a long time, and EPA regulation is only one of the drivers. Nearly every electric utility I speak with is grappling for a future shaped by the need to increase prices. So it’s particularly vital that utilities find a way to discuss these issues in a customer-friendly way.

The forces propelling electricity prices up aren’t going away, and the bills will be coming due for some. Aside from hiring Netanyahu’s PR firm, how can utility communicators successfully communicate with customers about complicated environmental topics? Also, how can they avoid being put on the defensive? 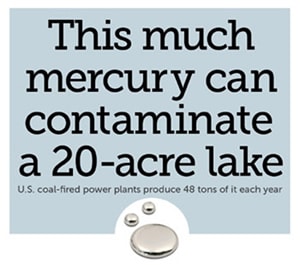 Oh yes, and there’s one other problem: Environmental groups have been hard at work on this for years, and they’ve done some pretty good work, such as this infographic from the Sierra Club. It appeared in a fund-raising appeal with the headline, “How the Coal Industry Poisoned Your Tuna Sandwich.” It frames the issue in simple terms. It will anger many in the utility industry, who feel it’s a cheap shot: we’re not trying to poison anyone’s tuna sandwich! But it gets the point across in a crisp, clear and compelling manner.

When communicating on sensitive or controversial topics, I recommend two principles to guide utility communicators: 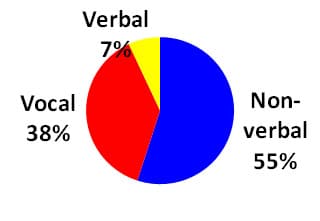 On this last point, the importance of non-verbal communications, I have been guided by research done some years ago by Albert Mehrabian, who taught psychology for several decades at UCLA. He measured how people conveyed meaning in one-on-one situations when the topic had emotional resonance. He paid particular attention to any gap between verbal and non-verbal communications.

Mehrabian’s research showed that in emotional settings, non-verbal communications, such as body language, facial expressions or hand gestures, convey far more meaning than either words or a person’s tone of voice.

When I interviewed Mehrabian, he cautioned me that his research focused on interpersonal communications, not mass communications like a utility might have with its customers. While recognizing that limitation, I also recognize that protecting the environment and keeping price increases to a minimum are also very emotional issues for some customers.So I continue to believe that the general findings emerging from his research can be applied to utility-industry customer communications.

On my first recommendation, do not allow your opponents to define the issue, the importance of that seems to be widely understood. Utilities cannot win this fight if they respond to the Sierra Club’s accusations by saying, “We are not poisoning your tuna sandwich.”

So how should utilities respond? Customers’ eyes glaze over when industry types try explaining complex issues using complex, multi-syllabic words. In his masterful essay, “Politics and the English Language,” George Orwell wrote, “never use a long word where a short one will do.”

Even better, how about a picture or a video?

Some time back, the Southern Company created art to illustrate what it was doing to clean up emissions from its power plants. Rather than use technical, multi-syllabic words like, “flue gas desulphurization” or “dry sorbent injection” to describe the technology, Southern instead used images that would be instantly recognizable to anyone who has ever washed a window, swept up dust or vacuumed a rug.

Whoever selected this art for Southern really deserves a kudo. Whatever the copy said, the impression Southern presented – we’re cleaning some things up – was a simple, accurate, powerful and, most importantly, positive message:Southern positioned itself as part of the solution on an issue of great importance to its customers.

I’m sure Southern isn’t the only utility that is using simple, creative and positive images to communicate with its customers on complex, emotionally-laden issues like environmental protection. If you would like to send me your art and infographics on these topics, I’d be delighted to take a look. Perhaps they could be the subject of a future blog post!