Tips from Your Peers for Talking About Price Increases 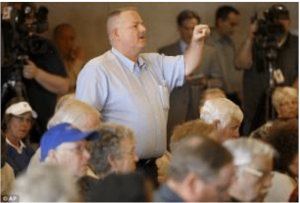 Communicating electric price increases is a confusing and emotional process, and it’s one that will be taking place on a regular basis for years to come, communicators told a conference organized by the Northwest Public Power Association (NWPPA) Sept. 14 in Lake Tahoe. The continued salience of this issue is why I’m glad conference organizers added that session to their event.

Just because your electric prices may be low doesn’t mean people won’t be upset when you try to raise them, Sarah Rossi, customer relations & services manager for Oregon’s  Clatskanie PUD, told attendees. “I’ve had a single mother with three kids telling me, ‘I hope you can sleep tonight knowing that my kids are going to bed hungry because of what you’re doing.’ “

When confronted by angry customers, Rossi said, you need to meet them where they are and calm them down because they’re the ones most likely to broadcast their anger over social media. Showing empathy is important, as is being clear and consistent.

Communications Tip of the Month: Rather than focusing on the customers who represent the extremes of the customer satisfaction spectrum, communicators should focus on the mass of the public that is undecided. If you can reach them with a crisp, clear, compelling explanation of why your electric prices and bills are going up, you will have done your job. 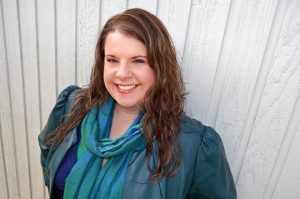 “The most difficult part of our jobs as communicators: getting the point across effectively even when it is a difficult subject,” said Rossi (right), who has gone through 10 price increase campaigns in 13 years with two different utilities in the region. The price-increase process is “confusing and upsetting” to customers, she added. That’s why it’s especially important to craft simple messages and use the same message in multiple communications vehicles like the news media, social media, utility website, customer newsletters, etc.

Rossi also recommended illustrating your points with graphs and pictures whenever possible.

As part of a communications campaign, a utility should demonstrate to customers it has been a good steward of their money, panelists urged the NWPPA audience. One way to do this is to detail budget reductions you have made before you seek added funds from customers. While that is still not likely to make people happy about rising electric prices and bills, it will show customers the utility is being frugal.

“Really, the best you can hope for is understanding,” Rossi commented, concluding: “Life isn’t about waiting for the storm to pass. It’s learning to dance in the rain.” She agreed with other panelists that there are plenty of rain clouds on the horizon.

As communicators prepare for and execute their price increase communications campaigns, they would do well to remember the bell-shaped curve (below). There’s a certain small percentage of customers who you cannot reach because they don’t like or trust their utility. Whatever you do is the wrong thing, according to this mindset. And there will be a certain small percentage that like and trust their utility, and they will be receptive to the utility’s messages. Whatever you’re doing is right, this group believes. 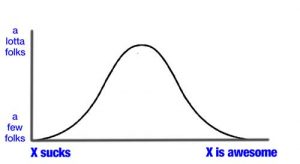 Rather than focusing on these extremes, however, communicators should focus on the mass of the public that is undecided. If you can reach them with a crisp, clear, compelling explanation of why your electric prices and bills are going up, you will have done your job.

Another NIC panelist, Joel Myer, public information and government relations manager for Mason County PUD #3 in Shelton, Washington, discussed a challenge several utilities in the audience faced: how to equitably share the cost of service between part-time seasonal customers who owned vacation homes and full-time, year-round customers. “For Mason PUD 3, the system charge is part of a strategy to balance the cost of service between vacation homes and full-time residents,” he said.

In communicating about electric price increases, Myer noted, you need to be able to explain the reasons for the increase in terms customers can understand, such as: wholesale electric prices are going up, state regulations or renewable energy laws and capital projects.

A third panelist, Ross Holter of Montana’s Flathead Electric Cooperative, discussed how his co-op was contemplating a new rate structure, one that included a demand charge. Flathead wanted to be fair and equitable in its rates, and it needed those rates to encourage energy efficiency and better capture the cooperative’s fixed costs as they see a greater penetration of rooftop solar in its Montana service territory. 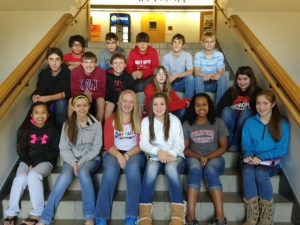 Simple, easy-to-understand terms are essential for communicators as they explain why electric prices are going up. Utility communicators operate in an information-rich environment, where details matter. But in communicating with an external audience, communicators need to work extra hard to make their messages understandable to the general public. Most newspapers use words that average 8th-grade students (left) would understand.

This blog post appeared in a slightly different form in Conduit, a newsletter produced by the Northwest Energy Efficiency Alliance and the Bonneville Power Administration.