You Wanna Be Right, or Understood, in Your Utility Customer Communications?

I spoke with a utility communicator not too long ago who was having difficulty convincing the highly technical leader of her utility to use easily understood language in communicating with the public. The leader was a stickler for precision and comprehensiveness, which led to long and complicated communications with customers, which the communicator suspected were almost never read.

She probably was right. I sympathized and said the answer was simple: “أنا صحفي من أمريكا.”

When she looked at me blankly and said she didn’t understand, I said I was not surprised. I was speaking Arabic, which probably had the same effect on her as the general manager’s communications were having on the utility’s customers.

Her boss was speaking “engineering,” probably because it was the language he knew and felt most comfortable. But my choice to speak in Arabic was to make a point about the futility of speaking to customers in a language they don’t understand.

I met this public power communicator at a conference where I spoke on best practices in complex issue messaging. One of the examples I shared during that talk was when I was working as a communicator for a utility that was installing scrubbers at a coal-fired power plant. The project manager insisted I use the term, “wet flue gas desulfurization system,” in the press release and media backgrounder. 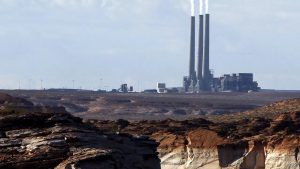 I tried to convince him it might be better if he referred to the project as a scrubber. Although the word “scrubber” was probably also unfamiliar to the general public, who hasn’t scrubbed something — a dish, a toilet, a potato, a floor, a shirt, a child, their own face — at some time in their life? And what’s wrong with the customer thinking about this environmental cleanup project as a really big brush that was being used to clean up something? The image gets the point across to the average reader. Isn’t that the goal?

The project manager didn’t go for it. When the news articles ran and they used the word, “scrubber,” he blamed me for reporters not using his preferred term, “wet flue gas desulfurization system.” Oh well, that’s life in the big city. I gave it my best shot, but my recommendation was rejected. 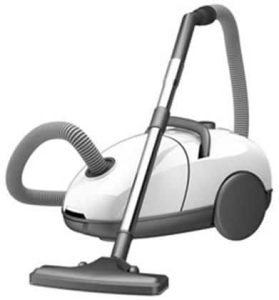 Years later, I saw graphics the Southern Company used to describe their efforts to reduce pollution at their coal-fired power plants. They used images of a scrub brush, a bottle of window cleaner and a vacuum cleaner alongside their copy about installing pollution control equipment at their coal fired power plants. Southern Company was spending billions of dollars to meet federal pollution laws, but it didn’t make the mistake, all too common in our industry, of talking in technical terms about a technical project.

And that’s the key for utility communicators. Your job sometimes involves translating complex, technical language into easily understood copy. Major news organizations and the Department of Defense recommend written communications that can be understood by an average eighth-grade student.

Communications Tip of the Month: The folksinger Woody Guthrie said it best: “Any fool can make something complicated. It takes a genius to make it simple.”

Wait, the Department of Defense? Why would the Pentagon care about the readability of copy? Think about it. Given that the ranks of the armed services includes college graduates as well as high-school dropouts, the military long ago decided it needed to find a way to communicate to service personnel in ways that were understandable to a wide range of people. The consequences of a misunderstood order, or a poorly written set of instructions, could be catastrophic. DOD needed to find ways to minimize the chance of miscommunication. It opted for simplicity.

When I spoke about best practices in complex issue messaging, I shared tools, developed for the Pentagon, to assess the readability of copy. I then used those tools to assess the readability of copy written by some utilities. For copy the tools determined was not particularly readable, I tried my hand at rewriting it. Two before-and-after samples follow:

Copy from a utility press release:

“The (name of utility) Board of Directors today approved a new approach to how the utility better links the actual cost of generating power with the amount customers pay.”

“(Name of utility) is changing the way we charge customers for power.”

My rewrite was 72% easier to read, according to the Flesch Reading Ease Formula, and was 57% more accessible than the utility’s copy, according to a second tool, the Flesch-Kincaid Grade Level Readability Formula.

“(Name of utility) summer electric rates will be in effect for all energy used between June 1 and Sept. 30.”

“Summer is here and your electric prices will be increasing.”

In this example, the rewrite was 49% easier to read and 48% more accessible, according to the two assessment tools I used. 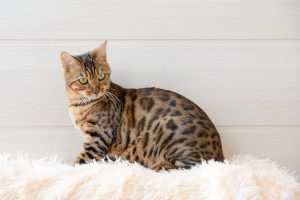 Two ways to make your copy more readable is to have fewer words per sentence and fewer syllables per word. That’s why this sentence, “the cat sat on the mat,” is more easily read and understood than this sentence, “The furry feline reclined languidly on the woven floor covering.” They both say the same thing, but the first has 68.4% fewer syllables than the second.

If cats aren’t your thing, you’re welcome to call me and I can coach you on your Arabic pronunciation. Or maybe we can brainstorm a third, fourth or fifth way to plead your case about the virtues of simplicity in your utility’s customer communications.

Whatever means you use to break through to tech-talking leaders, I urge you to work continuously to simplify your copy. As the folksinger Woody Guthrie once said, “Any fool can make something complicated. It takes a genius to make it simple.”

By the way, the Flesch-Kincaid Reading Level for this blog post was 10.3, which means it should be understandable to the average 10th grade student in the middle of their first semester. That shows I still have work to do. I blame “flue gas desulphurization.”

Communicators that work for utilities or oil and gas companies have their work cut out for them. Communicating effectively with the public on controversial energy matters like “Smart Meters” and “Fracking” is really hard. We don’t know of any company that has done everything right. And some companies have made communications mistakes that were, in retrospect, pretty elementary. Want to avoid making those same mistakes? Check out this article published in Natural Gas & Electricity.