Utility Communications: How to Stay Out of the “Smart-Talk” Trap

What hill are you willing to die on?

Have you ever used “architect” as a verb?

Do you have enough bandwidth to growth-hack the analytics?

If you answered “yes” to any of these questions, you may have fallen into The Smart-Talk Trap. Some organizations reward people for sounding smart rather than being smart (or getting things done). People pursue (or attain) the perception of being smart by sprinkling the latest buzzwords, jargon or acronyms into their conversations (see Dilbert cartoon below). “Smart talk” people are betting no one in their audience is willing to raise their hand and say, “I’m sorry, what does that mean in plain English?”

Although “smart talk” may be less prevalent in utilities compared to technology companies or consultancies, I suspect no business is immune. As Jerry Pfeffer and Robert I. Sutton, co-authors of the HBR “Smart-Talk Trap” article, wrote:

We found that a particular kind of talk is an especially insidious inhibitor of organizational action: “smart talk.” The elements of smart talk include sounding confident, articulate, and eloquent; having interesting information and ideas; and possessing a good vocabulary. But smart talk tends to have other, less benign components: first, it focuses on the negative, and second, it is unnecessarily complicated or abstract (or both). In other words, people engage in smart talk to spout criticisms and complexities. Unfortunately, such talk has an uncanny way of stopping action in its tracks. That’s why we call this dynamic the smart-talk trap.

I had a chance to reflect on this when my summer reading pile included House of Lies: How Management Consultants Steal Your Watch and Then Tell You the Time, written by a former consultant for McKinsey & Company. That book became the basis of a Showtime series of the same name, starring Don Cheadle.

Communications Tip of the Month: Say what you mean and mean what you say. The next time you see a word or hear a phrase that is either stale (e.g., “game change,” “perfect storm” or “the times, they are a-changin’ ”) or unnecessarily opaque (e.g., “Should we start by triangulating the hypotenuse?”), don’t be afraid to fight for clear, simple, persuasive and understandable English.

While our consultant panel notes that the actual jargon on the show has no basis in reality and wouldn’t be used to deliberately confuse a client, the fact of its existence was right-on. “The scene where [Cheadle as Marty Kaan] is doing the first meeting with the clients and throwing a lot of meaningless mumbo jumbo at them, that was good,” says Phil, who spent years at Bain’s consulting arm. Megan, a Bain alum, adds, “Consultants do use a lot of words and phrases that don’t mean anything outside of consulting. It’s something we laugh about, like, ‘Oh, this line might have too much jargon.’”

After reading that book, I felt better knowing “boil the ocean” is a synonym for “going wildly overboard,” and that “knowledgeware” means the same thing as “ideas.”

What Twaddle Sounds Like, and How to Avoid It

I have encouraged friends and clients to throw me out of any meeting when I drop buzzwords like that. (So far, I have not been thrown out of a meeting.). For a hilarious send-up of vapid stuff businesspeople say, my highest recommendation goes to a video produced a few years ago by Avaya (see below). It’s an absolute scream — I encourage you to put on your ear buds and listen to it several times, as some of the buzzwords zip by so rapidly that you can barely catch them.

When you stop howling, you might want to check out this wonderful video featuring Lucy Kellaway, a longtime columnist for the Financial Times, who relishes skewering purveyors of — her words — “corporate bullshit.”

We can avoid “smart talk,” buzzwords, jargon and, in Lucy’s inimitable words, corporate bullshit, by following George Orwell’s recommendations for writers and writing, set out in his essay, “Politics and the English Language.” In it, Orwell wrote, “A scrupulous writer, in every sentence that he writes, will ask himself at least four questions:

And the writer will probably ask two more:

Clear, High-Impact Utility Communications is its Own Reward

From time to time, I blog and speak on the need for clarity and precision in written and spoken communications. This can be especially hard in the utility industry due to the complexity of the subject matter and the prevalence of acronyms.

When I hear “smart talk” in the workplace, I am reminded of the Greek myth of Sisyphus, who angered the gods and was condemned to roll a rock to the top of a hill, push it off a cliff, and go back to the bottom of the hill to repeat the same exercise indefinitely. In a social media world, and a business environment filled with buzzwords and jargon, is advocating for straightforward, clear copy a Sisyphean gesture, so “old school” as to be pointless and futile?

Nope. Every now and then, I get a supportive call or an email from a subscriber, or I’ll receive a “thank you” at a conference, and my heart sings because I have helped someone. Producing straightforward written (and spoken) communications, where you say what you mean and mean what you say, is (or should be) the goal to which all communicators should aspire. Achieving that goal is its own reward. The “thank yous” from clients, friends and colleagues are gravy.

Now, to answer the four questions I asked at the start of this post:

1.“540°” is a combination of a “360°” turn and a “180°” turn. It represents coming full circle around a point, then reversing yourself to embrace  the exact opposite from where you began.

2. What hill are you willing to die on” is a fancy way of asking what’s really, really important to a person or an organization.

3. “Architect” is a noun (it’s defined as someone who designs buildings), but some turn it into a verb, as in, “Billy, will you go architect that deck?” (AKA create a presentation).

4. I have no idea what is meant by “Do you have enough bandwidth to growth-hack the analytics?” I suggest you contact Scott Adams, creator of the “Dilbert” cartoon strip. Better yet, banish those terms entirely from your vocabulary, since they are so opaque as to be meaningless. 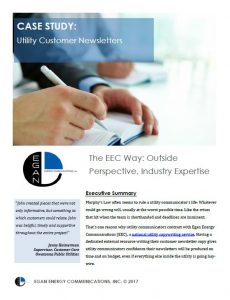 Don’t Wait Before It’s Too Late!

Check out these case studies on EEC’s writing services available to you today!

Let John know what writing projects you need help with: Email him at [email protected].