Almost every utility has a good story to tell, but too few consistently tell it well. Good news, whether it’s about cleaning up the environment or improving the quality of life in a community, is typically smothered under industry jargon or a legalistic avalanche of words. But people are busy. Less is more. For utilities especially, brevity is Job 1.

That’s why we were so impressed with a recent newspaper ad from Xcel Energy, which provides electric and gas service in eight states, including the metropolitan Denver and Minneapolis areas. I’m an Xcel customer, and I haven’t always been a fan of their communications efforts, particularly around their SmartGridCity program in the city of Boulder. But they recently invested a little extra time and effort to communicate creatively with some of their customers in and around Boulder, and the results were visually impressive. 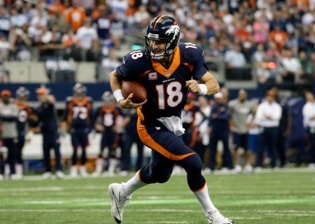 The Denver Broncos football team has a passionate fan base in and around Denver, and that was before Peyton Manning (left) came to town. Since he joined the team in 2012, the passion went “mile high,” putting the “fan” into “fanatic.”Although Xcel could have opened its checkbook and tried to secure an endorsement from Manning, they didn’t choose that path.

That’s what makes Xcel’s efforts broadly applicable to the utility communicators everywhere – rather than open the corporate checkbook, they got creative.

“Like a lot of utilities, we struggle to explain concepts like kilowatt-hours to the general public,” Xcel’s Steve Mudd told me in an interview. “It’s a constant challenge.” When Xcel communicated about its renewable energy programs, it tended to talk in terms of 100-kilowatt hour blocks and kilowatt-hour equivalencies – if a customer purchased these many 100 kWh blocks of renewable energy it would equate to planting so many trees or taking so many cars off the road.

Xcel has offered a wind power program since the late 1990s. Last year it hit a significant milestone: providing the 2 billionth kilowatt-hour of wind energy to its Colorado customers. Think of all the target equivalencies that could generate – trees, cars, tons of carbon dioxide prevented, etc.

To mark this milestone, “we wanted to push the envelope and do some fun math,” said Mudd, who manages Xcel’s windpower program in five states. “We wanted to get creative.”

Mudd acknowledged Xcel was motivated by more than just the love of creativity. The utility was fighting municipalization efforts in two of its largest markets – Boulder and Minneapolis. “The events in Boulder and Minneapolis have brought home the idea that our communications don’t strike an emotional chord with our customers,” he said. “We can’t always speak in facts, because facts don’t always resonate with our audience.”

Communications Tip of the Month: Creativity is more powerful than a utility’s checkbook. It doesn’t cost extra. It makes more of an impact on stakeholders. And freeing creative types to be creative makes them happier too. So why not strive for creativity in all your advertising and marketing materials?

But football, well that’s pretty emotional, particularly now that Peyton Manning is running the Broncos offense. Xcel provides electric service to Sports Authority Field at Mile High, where the Broncos play their home games. So Xcel and its ad agency, Vladimir Jones,sought to tap into the passion Coloradans have for their football. 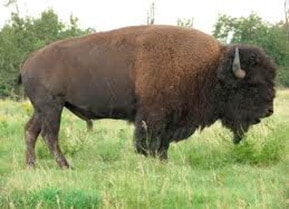 Coloradans have other passions besides football: environmentalism, the state’s iconic buffalo and a popular outdoor concert venue. So Xcel and Vladimir Jones worked hard and created a great ad that celebrates all that is unique to Colorado, subtly inserting the utility’s name into that conversation.

Mudd’s colleague, Michelle Aguayo, one of Xcel’s spokespersons, added this: “With this ad, and a similar one in Minneapolis, we were seeking a different approach, a different focus. We wanted to figure out a way to have a different conversation with stakeholders.”

Not every utility has an advertising budget as large as Xcel Energy’s. However, creativity is the great equalizer between large and small utilities. In a previous blog post, I discussed some creative outreach efforts being done by KUA and JEA, two Florida public power utilities.

Xcel Energy’s 2 billion kWh ad ran for the first time in early October, one month before a hotly contested set of voter initiatives regarding municipalizing Xcel’s assets in Boulder. But if Xcel was hoping that connecting emotionally with customers would help it defeat the municipalization initiative, they were disappointed…Boulder voters endorsed the city council’s commitment to moving forward with municipalization.

Which brings up a separate question: Did the change of heart at Xcel come five years too late? Could Xcel have preempted the municipalization effort altogether if it had been connecting emotionally with its customers and other stakeholders all along?