How Utilities Earn the Benefit of the Doubt 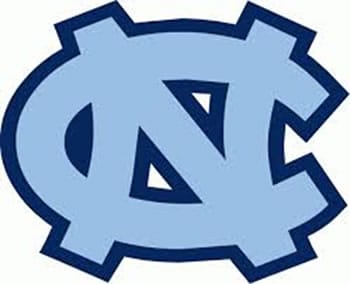 In many ways, getting a free throw in basketball comes down to getting the benefit of the doubt from the referees. They decide the difference between a charging foul and a blocking foul, whether a shot was blocked legally or illegally and when to call a technical foul on lippy coaches and players. 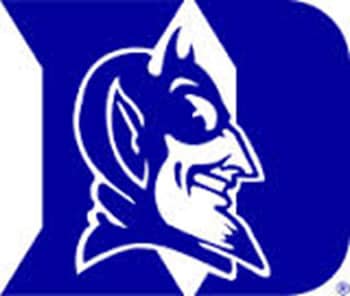 On this particular night last month, Duke couldn’t catch a break. It was whistled for a lot of ticky-tacky fouls. North Carolina missed most of its first-half free throws. But eventually the law of averages won out, and the Tar Heels started draining their free throws. Carolina’s eight-point victory was all because the referees gave the Tar Heels the benefit of the doubt so many more times than they gave it to Duke.

How often does your utility get the benefit of the doubt from your stakeholders – customers, regulators, communities, even employees? Have you ever noticed that some utilities foul out while others spend their lives at the proverbial free-throw line, sinking shots and winning games? Which type of utility do you work for?

Success as a utility or an athlete sometimes comes down to getting the benefit of the doubt. When you have it, more calls go your way, and you have more opportunities to win. As we transition from basketball season to baseball season, “working the ref” will morph into “working the umpire.” Questions about fouls will turn into questions about balls and strikes.

But the story remains the same. Like athletes and coaches, utilities should want the benefit of the doubt from those with decision-making power. 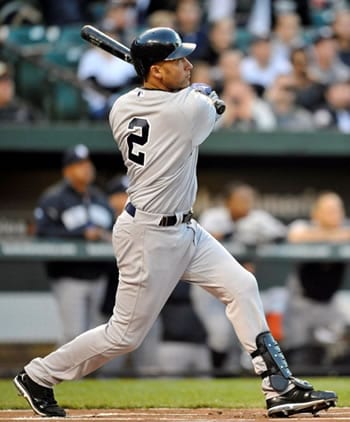 You don’t get the benefit of the doubt unless you have created a reservoir of goodwill among those who make the decisions. That’s why New York Yankees shortstop Derek Jeter gets judgment calls but basketball bad-boy Ron Artest does not. Good sportsmanship and a strong work ethic are required if you want to get the occasional benefit of the doubt from those who call the game.

Cynics may say that is silly, corny or just plain wrong. They’re wrong. No one talks about Derek Jeter’s contract because he has created a huge pool of good will with his stakeholders — umpires, fans and sportswriters. Isn’t that where you want your utility to be?

For utilities, the decision-makers are customers, communities, regulators and the investment community. Credit-rating agencies like Standard & Poor’s determine the credit-worthiness of a utility based on quantitative as well as qualitative factors. One important qualitative factor is the degree to which a utility’s regulatory environment is “constructive” (code for “favorable to the utility”).

A “constructive” regulatory environment means the utility has positive relations with its customers and regulators. In other words, utilities with a favorable regulatory climate have found a way to create a reservoir of goodwill with their stakeholders. That reservoir cushions them from the inevitable negative events.

Utilities that have a favorable regulatory environment operate their business more like Derek Jeter. Utilities that run roughshod over their customers operate more like Ron Artest (who has changed his name to Metta World Peace), always fighting a battle with someone.

Communications tip of the month: Like athletes and coaches, utilities should want the benefit of the doubt from those with decision-making power. Utilities that have a favorable regulatory environment operate their business more like Derek Jeter. Work hard on the fundamentals. Focus on the substance before you try to sell the sizzle. It’s not always about price, but it is always about value.

The electric utility industry’s proverbial box score will be coming out soon in the form of the J.D. Power and Associates annual residential customer satisfaction (CSAT) study. Utilities that subscribe to that study will see how many judgment calls they got from customers in the prior year.

In other words, how many outages were too many? How big a price increase was too big? When does executive pay go past permissible and become greed?

It’s all in the eye of the beholder, like the judgment calls made by referees and umpires every day.For utilities, the challenge is earning the benefit of the doubt from stakeholders. How often have your stakeholders whistled your utility for a foul? And how much time do you spend at charity stripe shooting free throws?

Communications accounts for about 20% of residential utility customer satisfaction, according to the JDPA model. In our next blog, we’ll show that “communications” rarely is limited to a utility’s choice of words. More often, it means deeds, followed by effective communications. Words without deeds is like jawing with the referee: it rarely works, and it can get you tossed. When it comes to taking care of customers, utilities need to “walk their talk.” 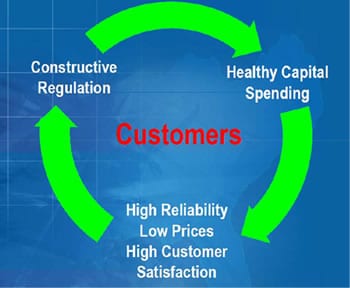 What does the benefit of the doubt mean to utilities? According to one top-tier CSAT performer, PPL Electric Utilities, it has meant about $70 million in incremental revenue. Researchers at that utility measured the financial benefits of higher CSAT after it wrapped up two rate cases. Higher CSAT scores often come down to getting the benefit of the doubt from your customers. For investor-owned utilities, incremental revenue and higher earnings are the name of today’s game.

In other words, utilities that perform like Derek Jeter get the benefit of the doubt from their stakeholders. And utilities that operate like the thuggish Ron Artest foul out, then complain the referees were unfair.