Earlier this summer I was delighted to speak at CONNECT ’14, an absolutely terrific event for electric cooperative communicators and marketers sponsored by the National Rural Electric Cooperative Association (NRECA).

The heightened importance of direct, face-to-face interaction with members was one of the takeaways of CONNECT ’14, held in San Antonio. And while the specifics of marketing and communicating with electric co-op members is slightly different from communicating with IOU customers or the customer-owners of public power utilities, the general points are absolutely comparable and applicable.

Why is direct interaction important? As we are bombarded with more and more ways to communicate and connect electronically, a growing slice of the population, feeling overwhelmed, is opting for the traditional channel of face-to-face communications. They might not trust paid advertising or the talking heads you see on the TV, but they could always get the real scoop from their neighbor Jane. She knows where to get the cheapest gas and what restaurants to avoid — she may even have some ideas about going off the grid and dumping the local co-op (or IOU, or public power utility)! You can look Jane in the eye and know she’s the real deal.

Malcolm Gladwell (left) did not speak at CONNECT ’14, but in his classic book, The Tipping Point, he explored how face-to-face communications could be an antidote to “email immunity.” Harkening back to the early days of email, Gladwell recalled how he would rush home after work and savor the four messages he had received from very good friends, to which he “immediately compose(d) long, elegant responses.”

That was back in the mid-1990s, when email was everyone’s exciting new communications tool. But email’s novelty effect is long gone, its value eroded by widespread overuse and misuse. The sheer volume of email we receive has made us immune to it — with the exception of an email from your boss with the subject like, “URGENT — DO THIS TODAY BEFORE YOU LEAVE!”

Commands from your boss aside, our growing immunity to email as a communications channel is leading many of us to engage in more face-to-face interactions. Increasingly, that’s the way Girl Scouts sell cookies — on a door-to-door basis. Direct interaction at conferences is an important part of building my business. And, despite more than $2 billion spent on presidential print and broadcast advertising in 2012, most analysts say President Obama’s door-to-door voter mobilization effort was the critical factor in his re-election.

In my work, I have spoken with utility practitioners who firmly believe that direct interaction with their stakeholders at community events like farmers’ markets, health fairs, youth sporting events and cultural festivals is the most cost-effective way to meet and connect with customers or members.

For utility communicators and marketers, Gladwell’s view about email immunity suggests we reconsider the power of face-to-face interaction as a communications channel. Tweeting works with some groups, but it’s not enough. Websites also are a necessary but sometimes insufficient tool. Earned media is important — but it only reaches people who read newspapers or watch the news. Newsletters and magazines are great, but they can’t do the job alone.

Communications tip of the month: Rather than throw more money at communications and marketing collateral, involve more people — employees and retirees. Make them the face and voice of your utility. A well-organized Community Ambassador program can boost communications effectiveness while reinvigorating employees’ and retirees’ commitment to their utility.

For more than 50 years, marketing professionals have used the term “marketing mix” or “the 4 Ps” to refer to the essential elements of product marketing: Product, Price, Promotion and Place (or distribution channel). But because marketing an intangible service is trickier than marketing a tangible product, those engaged in services marketing add three more Ps to their Marketing Mix: People, Physical Evidence and Process (see graphic below). 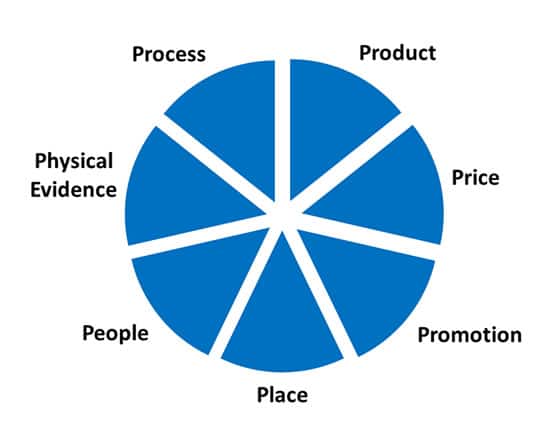 When it comes to face-to-face interaction, co-ops have certain built-in advantages over IOUs and public power utilities. Co-op officials and many co-op members embrace the cooperative business model as a social movement, not just a mechanism for exchanging goods. When co-ops speak of “Co-op Nation,” they’re not joking. They have active grassroots political action committees and a series of value propositions designed to improve their members’ quality of life. Co-ops place service above profit. They owned by the people they serve, and the few co-op executives who lose sight of that fact eventually find themselves out of work.

Many, if not most, utilities have a Speakers’ Bureau, a designated group of trained representatives who will respond to requests for speakers from the Chamber of Commerce, Kiwanis Club or local high school. But rare is the utility — co-op, IOU or public-power — that has fully and proactively mobilized the majority of its employees and retirees into a team of Community Ambassadors, ready to carry the flag for the utility whenever and wherever needed.

Despite the claims of the digerati, you can’t take “People” — yours and those you serve — out of the services marketing mix. I am a huge believer in People. That was part of my talk at CONNECT ’14.