The Washington Post has a great year-in-review/year-in-preview feature, called “The In & Out List.” Many media and consulting organizations write a year-end recap/prediction piece, but the Post’s list is required reading for me, even though I have not lived in the D.C. area for 25 years.

At this stage in my life, I check The Post’s In and Out List to see how many of the personalities, songs, consumer goods and trends in the article — regardless of whether they’re “in” or “out” — are completely new to me. As the years progress, the “new to me” column has grown exponentially. In other words, the list helps me recalibrate my “completely clueless” score. 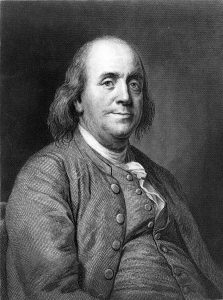 But it’s a little different in our line of work, isn’t it? Most of the things utility communicators and marketers see in one year will pop up again next year. If you leave aside the year 1752, when Benjamin Franklin is said to have proved the concept of electricity by flying his kite in a thunderstorm, most of the challenges utility communicators and marketers grapple with don’t change all that much from year to year. Every once in a while, a momentous event occurs that upends the industry’s well-settled apple carts (think Clean Power Plan). But more often there are variations and extensions of a theme. Even the energy scams only change marginally from year to year.

Herewith are six of my 12 predictions for 2016, flavored with pop culture references that should be familiar to aging Baby Boomers, still-spry Gen X-ers and sometimes misunderstood Millennials, for how utility communicators and marketers can more effectively address six perennial challenges.

#1. Houston, We (Still) Have a Problem with Price Increase Communications 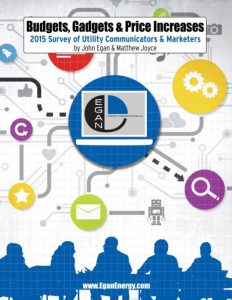 Price-increase communications was the top strategic issue facing North American utility communicators and marketers in 2015, according to our study, Budgets, Gadgets & Price Increases. I see no reason why that will not continue in 2016. Many electric utilities are still building new generation and infrastructure while they are installing pollution-control equipment on some of their generators. Even though gas prices are historically low, gas utilities are still replacing or expanding their network of pipes.

Utility communicators and marketers continue to tell us they struggle when it comes to messaging about price increases. The “we haven’t increased our prices since 1989” message almost never resonates with customers, though it continues to be a staple of utility messaging. 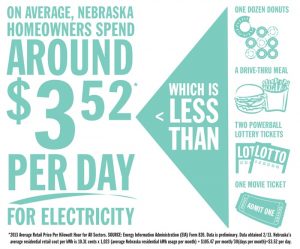 Don’t play defense! Florida Power & Light had a really effective ad campaign a few years back called the value of energy. Check out their TV spots on YouTube. They’re worth emulating! Nebraska Public Power District is doing a great job telling customers what they pay every day to heat, light and cool their homes, which is less than the value they receive, and the price they pay, for common consumer goods like donuts, lottery tickets, quick serve meals and the like.

Don’t overthink this. Talking about changes in the Consumer Price Index is a sure way to have your customer’s eyes glaze over. Talk about prices and value today – how do people spend their money? Put another way, how much electricity did you buy today?

I don’t imagine Edgar Winter was thinking about rooftop solar and net metering in 1973 when he sang, “The mountain is high, the valley is low, and you’re confused ‘bout which way to go.” But his signature song, “Free Ride” accurately sums up the dilemma facing utilities (and their customers) when it comes to rooftop solar, net metering and who pays what for maintaining the electric distribution system. 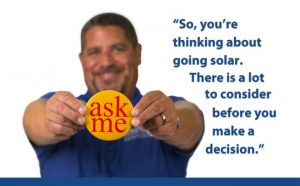 It’s great that some customers want to install rooftop solar. And it’s even better when utilities actively work to facilitate the thoughtful consideration of those that option, as Roseville Electric Utility has done. But 2016 will be the year that utilities will be under pressure to communicate clearly about winners and losers, fairness and unfairness, in the current way distributed resources and net metering are handled.

I recommend utilities not get sucked into lengthy discussions of utility ratemaking and the details of maintaining an electric grid. Rather, focus on one message – “fairness” – and come up with creative visuals to show the utility is fighting for fair and equitable treatment of all customers.

Here are some specific ideas illustrating the “fairness” concept:

All of these situations involve a basic, powerful concept: fairness. If you hit that simple message hard, you will have dozens if not hundreds of advocates on your side when your regulators consider restructuring your prices.

#3. Got Ideas? Keep Pushing the Envelope

Reaching your intended audience is a matter of message and messenger. A good message well-delivered will resonate and be cost effective. But a weak message, or even a good one delivered through the wrong channels, won’t.

In communications and marketing, creativity is king. Always has been, always will be. Memorable visuals don’t require endless repetition, as Direct TV has shown in its national TV ads over the last few years, including the recent ones involving peel ‘n eat shrimp for breakfast. 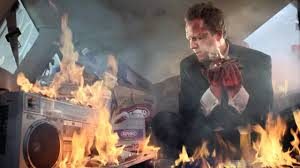 Unusual settings or visual gags can quickly make your point, as we have blogged about before. Allstate’s long-running “Mayhem” series shows what creativity can do to enliven the less-than-scintillating topic of insurance.

But too often, utilities are the place where creativity goes to die. Some of the best utility creative work ends up in the “It Didn’t Fly” award category in the Better Communications Competition held each year by Utility Communicators International.

Resolve to continue trying to push the creativity frontier in 2016. Make your ad agency sweat to come up with new creative. Preview ads with customers using customer portals or online panels, as JEA and other utilities are doing. And listen to their feedback! If the intended audience says the ad is a snooze, or it’s not understandable, then go back to the drawing board.

The rapid pace of change has overwhelmed some of your employees. You know it. I know it. And we have the market research to prove it. Since the pace of change is not likely to slow in 2016, why not advocate for increased investment to help employees better manage change by becoming more resilient? 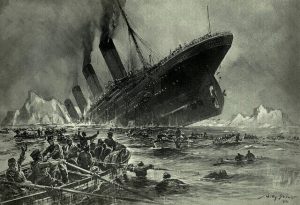 It’s really hard to change the seats in a plane while it’s still flying. But that’s what utility employees are being asked to do these days. They need all the help they can get. Unless you want to change the dominant metaphor to rearranging the deck chairs on the Titanic, consider increasing your investment in the asset class nearly every CEO says is critical to success — employees!

I think 2016 will be the year that utility investments in customer-facing data analytics will start paying off. It’s funny how expectations don’t align with realities. Sometimes new products or technologies are introduced with the expectation that benefits will come in one particular area. Data analytics and advanced digital two-way meters initially were introduced with the expectation they would generate revenue (through better customer segmentation) or boost program enrollment rates. But to date, the real payoffs have come from improved internal operations: reduced costs, shortened outages and increased reliability.

I’m sure some utilities also are using advanced two-way meters and data analytics to better understand and segment their customers, leading to more successful marketing of products, programs or services, increased revenue and higher customer satisfaction. But at yearend 2015, from where I sit, those utilities are the exceptions. In 2016, that will become the norm. Thoughtful experimentation and application of best practices will take place on a wider scale in 2016. 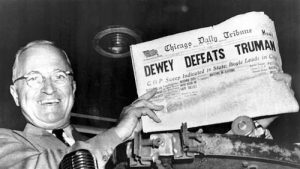 “It’s tough to make predictions, especially about the future,” as Yogi Berra once said. Speak with utility communicators or marketers, as we do, and you’ll find great uncertainty about the optimal mix of print and digital. Get it wrong and you’ll wind up looking pretty dumb – just ask the headline writer for The Chicago Daily Tribune, who in 1948 looked forward 12 hours and got it dead wrong.

Utility communicators and marketers are forced to look more than 12 hours into the future, but the consequences of getting it wrong are much more significant. A few years ago, the rebuttable presumption was that print was dead and digital was the heir to the throne. Now that’s coming full circle, as people come to grips with the reality that achieving full coverage in your market requires an adroit mix of print and digital.

I don’t know if Mark Twain’s quip, “the reports of my death have been greatly exaggerated,” is trending on Twitter, but it is a helpful reminder that successful communicators and marketers are successful because they use a diverse portfolio of tactics and vehicles.

I think that’s enough predictions for now. But there are plenty of other challenges facing utility communicators and marketers in 2016.

Coming soon: Our thoughts on dealing with six other hot-button issues, including crisis communications, customer anger, customer satisfaction and how to outsmart the scammers who victimize utility customers. Stay tuned!

Communicators that work for utilities or oil & gas companies have their work cut out for them. Communicating effectively with the public on controversial energy matters like “Smart Meters” and “Fracking” is really hard. We don’t know of any company that has done everything right. And some companies have made communications mistakes that were, in retrospect, pretty elementary. Want to avoid making those same mistakes? Check out this article published in Natural Gas & Electricity.

Get your copy here.