But when utility spokespersons have a tin ear or a heavy hand, they can create problems internally and externally: for executives, for customer service representatives, for legislative and regulatory affairs managers and for departments seeking to build infrastructure.

We’ll summarize their thoughts and recommendations over the next two blog posts.

Both have decades of experience: Jeff came to SRP and Arizona from the print side, mostly in Southern California, while Randi has experience at the Associated Press in Detroit as well as at a TV station and radio stations in New Hampshire.

Don’t Lie, Focus on the Headlines and Know Your Market

Tip 1: Don’t lie to the media. Ever. Not even a little. That might sound either really obvious or completely counterintuitive. Obvious to those who have a strong personal commitment to telling the truth, wherever it leads, and counterintuitive to those who spend too much time watching nightly political opinion programming on cable TV. 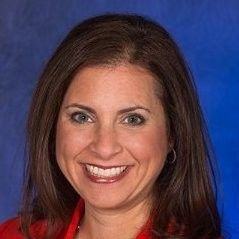 “Some people seem to think that media relations practitioners engage in ‘spin’ and shade the truth,” Randi (left) said. “You should always answer questions truthfully and, sure, wherever possible, try to position your company favorably. But don’t lie. Ever. If you get caught in a lie, you’re done.”

Tip 2: Since readers and viewers skim the news, focusing mainly on the headlines, understand the importance of those headlines that accompany stories about your utility. Your experience as a reporter and editor should enable you to predict the headlines, and you should share your predictions with management.

“Understanding what the headline is going to be, good or bad, and being able to explain that to your leadership, is a big reason why so many companies hire reporters and editors in their Media Relations department,” Randi said. “No one reads the news stories anymore; if the headline is against you, that’s all the reader needs to know.” 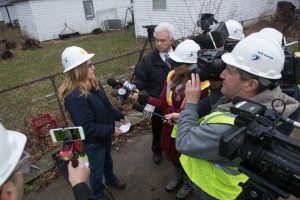 Two years ago, DTE Energy was hit with a ferocious windstorm that put about 800,000 customers out of power. Randi recalled: “We told management the first day’s news stories would be about what caused the outages and how many people were affected. The second day’s news stories would feature ‘restoration’ stories — lineworkers restoring power.”
“But as the outages dragged into days 3, 4 and 5, we said management should expect progressively less-friendly news stories, such as about elderly or ill people suffering because their oxygen machines don’t have electricity,” she continued.

One of the ways Randi bought some more time for DTE Energy after that windstorm was her decision to take news crews into the field to interview a crew of 16 workers who had been working 16 hours a day during bitter cold to restore power to one local school and eight homes. That brought the utility one more news cycle and helped soften the negative coverage during the tail end of the recovery efforts.

“When there’s a crisis, management needs to focus on operational issues like power restoration and employee and customer safety,” Randi said. “It’s our job to do the media — and social media — thinking for them.” 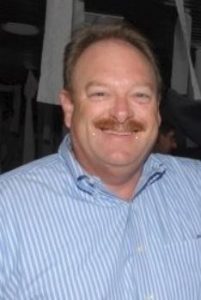 Tip 3: Know your markets and use your news judgment. “Phoenix now is the nation’s fifth-largest city,” commented Jeff (left). “We don’t call Phoenix-area reporters and try to get them to cover events where we deliver an oversize check to a charitable organization. Outside metropolitan Phoenix, in remote areas of northern or eastern Arizona, where we have power plants, that might merit some coverage. But not in Phoenix.”
“If you don’t understand your markets,” Jeff continues, “you’ll damage your credibility. As former reporters and editors, we all were on the receiving end of pitch calls for ‘news’ that wasn’t really a newsy story.”

Randi agreed. “Reporters in Detroit would laugh at me if I called them to cover an event where we delivered one of those big checks to a charitable organization. In a remote area, that could work. But not in Detroit.”

Tip 4: Educate your leadership on the changing media landscape. Newspapers have merged or closed, leaving fewer reporters to fill a smaller news hole. TV newsrooms also have thinned in recent years, leaving fewer field producers and photographers to accompany reporters when they report stories from the field. Social media and online news services, of course, have expanded dramatically to take the place once occupied by the print and broadcast news media.

“It’s getting harder and harder to get media coverage,” Jeff said. “When we recently announced we were again cutting electric prices, we didn’t get a lot of media interest because we’ve done it quite often. Same with winning the J.D. Power and Associates customer satisfaction awards year after year for about 20 years.”

“It seems softer stories sometimes sell better these days — as well as anything about solar energy or battery storage,” he commented.

A thinner news ecosystem means media relations practitioners have to do a better job of planning and packaging stories.

Case in point: In addition to serving over 1 million electric customers in the greater Phoenix area, SRP also operates a 131-mile, open-air network of water canals, which deliver “raw” water to local municipalities for treatment and delivery to their residents.

During the summer, when Phoenix really earns its nickname “The Valley of the Sun,” algae and weeds can bloom in those delivery canals, consuming precious water. Rather than use chemicals or mechanical means to remove those aquatic weeds and algae, SRP deploys a small army of hungry weed-eating fish, called white amurs, in its canals (see photo below). Year after year, TV and print journalists cover the introduction of those fish into the canals. 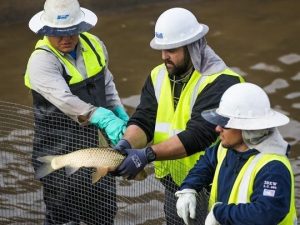 “The media loves that story,” recalled Jeff. SRP has been placing it, in one form or another, for over 25 years. “We first herd, or round up, the fish and use large trucks to move them to where we haven’t dried up the canals for annual maintenance. It makes a great visual story — huge fish that eat their weight in weeds every day!”

But that story, as good as it is, doesn’t sell itself. First it has to be pitched a week or more in advance. Then, the day before the event, Jeff contacts reporters to assess their interest and availability. The morning of the event, a third contact is made. Finally, as the fish are moved around SRP’s canals, Jeff or the on-duty maintenance crew supervisor are available for canal-side interviews.

For those TV outlets that want to cover the white amur story but can’t send a cameraperson, SRP provides b-roll.

How Your Utility Can Benefit from the Changing Media Landscape

Tip 5: A changing media landscape isn’t all bad — sometimes you can use it to your advantage. Posts on DTE Energy blog, Empowering Michigan, or social media posts sometimes are picked up by members of the news media, either as a tip that sparks an interview and leads to a story or as a self-contained nugget that runs as a brief, with minimal editing.

“In today’s media landscape, you have more ways to tell your story,” said Randi, who evidently is a glass-half-full kind of person. “We hardly ever send out news releases, but we’re busier now than ever. In our area, DTE Energy can post to NextDoor. I know not every NextDoor chapter allows posts from corporations. If you can, try to get on NextDoor — you can use that inform your customers in specific areas about things that affect them, like power restoration times or construction projects.”

“We also equip our employees with talking points on significant issues, such as price increases, policy matters and outages, and ask them to serve as DTE’s ambassadors with their family, friends and neighbors.”

To be continued…check us out next month, when we’ll summarize tips 6-10 from Randi and Jeff. 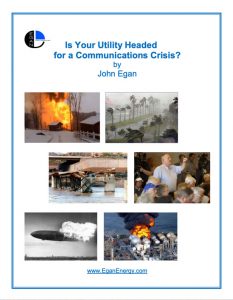 Many communications crises can be prevented with careful planning and purposeful action. Sometimes luck plays a role. But have you ever noticed that well-prepared utilities seem to get “lucky” a lot, while less-prepared utilities can’t seem to catch a break? You can start today on “the road to luck” by taking this self-assessment.