Maslansky on Messaging for Utility Communicators 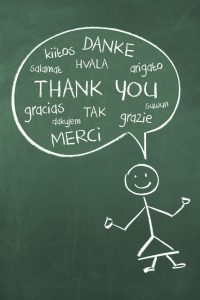 Learning a new language scares me. I have tons of respect for anyone who can learn to speak another language. Me, I’ve had four unsuccessful efforts to learn another language: French in elementary school, Spanish in high school, Latin in high school and Arabic in graduate school. None of those forays ended well.

Whatever the language, I have been told the fastest way to master it (or decide it wasn’t for you) was to immerse yourself in that place. Go to Paris, Madrid or Cairo. If you can’t figure out how to say, “I’ll take three tomatoes and one eggplant” at the local market in the local language, you’ll go hungry that day. That’s a powerful incentive to learn a new language.

Michael Maslansky, chief executive at maslansky + partners, a New York-based language strategy firm, wants us to learn a new language. His firm was hired by the Edison Electric Institute (EEI) to take a hard look at the words utility companies use to communicate.

Right now, we’ll have to stop. In our interview, Michael said “utility” is a word we should lose. It’s got too much baggage, most of it negative. “The public has a pretty consistent, negative association with the word, ‘utility,’ ” he told me recently. “These are companies that are investing in innovations that are critical to our future. But our market research has shown the public associates the term ‘utility’ with ‘big,’ ‘outdated’ and ‘monopolistic.’ They see the word, ‘utility’ as being more a part of the past than the future. It is a huge disconnect.” 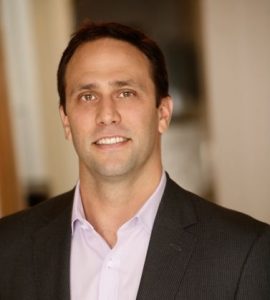 m+p has several technology clients, and Michael said “they never talk about chips and wires. It’s all about the benefits of using the product.” The electricity industry has infrastructure investment as a top-of-mind issue, but Michael said, “people don’t care how their energy comes to them. They want it reliable, affordable and clean. Getting it there is your problem.”

And another thing: Stop talking about Thomas Edison! “The industry tends to focus a lot of what happened a long time ago – like Thomas Edison, electrification and World War II,” he commented. That needs to change, he added.

Maslansky said his telecom clients don’t talk about Alexander Graham Bell (left). That’s a “heritage” message that turns most people off. So utilities, er, make that “energy companies,” should stop talking about their founding father. “People want to know what you are doing for them today and in the future, not the past,” he said. “Heritage messaging is not a great place to begin from.”

Maslansky offers energy communicators a lot to chew on in this Lexicon project. Undertaken in late 2015, the project aims to reboot how energy company executives and their communicators think and talk about their business and the benefits it creates.

Communications tip of the month: Stop talking about Thomas Edison! That’s a “heritage” message that turns most people off. So utilities, er, make that “energy companies,” should stop talking about their founding father. Take a cue from Michael Maslansky: “People want to know what you are doing for them today and in the future, not the past,” he said. “Heritage messaging is not a great place to begin from.”

Since this was a CEO-led initiative, Maslansky is confident the research-driven recommendations will take hold. But it’s won’t be easy or quick. He said some energy companies still use the word, “ratepayer” to describe their customers. “There’s not a lot of them, and I won’t name names, but they’re still out there,” he said. 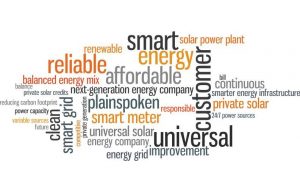 This summer the industry trade publication EnergyWire quoted Stephanie Voyda, EEI’s executive director of communications, as saying, “Look at the way we talk as an industry. We use of all of these acronyms, all of this jargon. Some of us use the same words but define them differently or we use different words to mean the same thing.”

The Lexicon project is an attempt to get shareholder-owned energy companies on a common, broad, easily understandable foundation for thinking and talking about their industry. Maslansky recommends the industry start by replacing several critical terms in their vocabulary, as summarized below.

“There’s a special challenge in this industry because a lot of communications originate outside the communications department,” he said. The usual suspects include Regulatory Affairs, Legal, Finance, Engineering or Construction. Failing to communicate with customers in easily understandable terms will have three sets of consequences, he predicted:

I first met Michael about five years ago at a Utility Communicators International conference. He impressed me then as someone the industry should heed. We share a vision of clear, effective communications. One area I recommend energy companies take a fresh look at their language is in price change communications. Another is in energy efficiency, specifically the use of the word “energy waste.”

As a respondent to the Financial Times’ annual Golden Flannel contest said, “There must be a better way to language that.” Yes, there certainly is. To help in that endeavor, talk to Michael Maslansky.

Or keep your eyes open for future ruminations on messaging in this column. Also, I will be speaking on messaging at the upcoming American Public Power Association’s Customer Connections Conference in Nashville, Nov. 6-9. Perhaps we could discuss this issue there?

Two final thoughts on messaging, one from a right-brain dominant person and one from a left-brainer: Folksinger Woody Guthrie (right) once said, “Any fool can make something complicated. It takes a genius to make it simple.”

Physicist Albert Einstein once said, “Everything should be made as simple as possible, but not simpler.” 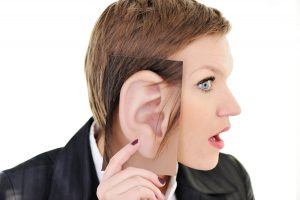 Utility Communicators & Marketers: We’d Like to Hear From You!