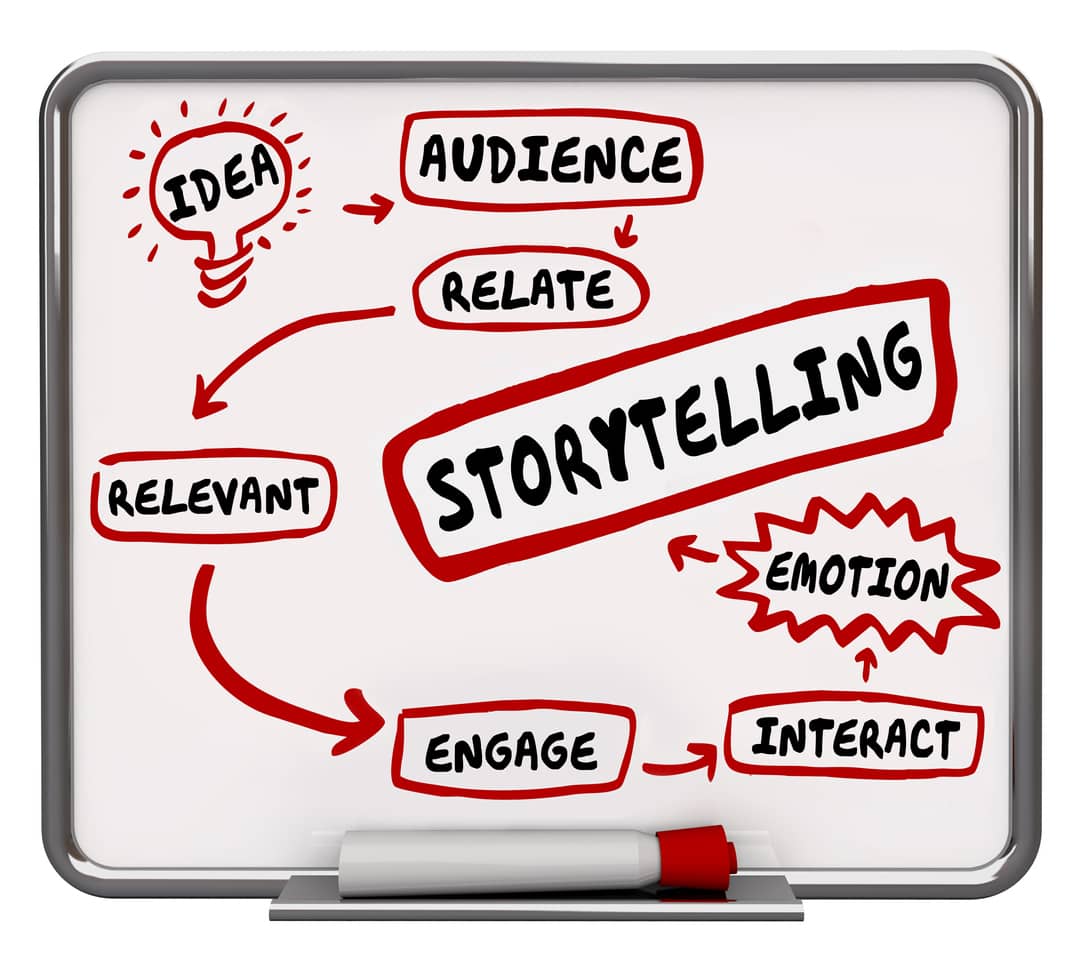 Utility communicators looking to boost their storytelling skills might want to check out eulogies. Not trying to be morbid here, but the best eulogies offer a master class in storytelling.

Earlier this year, as you may know, there was a mass shooting in a grocery store in Boulder, Colorado, about 10 miles from EEC’s office. Ten people were killed, including a Boulder police officer named Eric Talley. A week after the shooting,I dialed into the Zoom virtual memorial service for the fallen police officer. I didn’t know him, but after two hours of powerful storytelling by friends and fellow officers, I felt like I did. I am sure the services for the nine other victims contained great stories from their lives as well.

Storytelling Soars or Sinks on Verbs

Some eulogists rise to the occasion and share colorful story after story about the departed. Others fall back on generic nouns to characterize those who have passed away: “warm,” “kind,” “sensitive” or “supportive.” Those nouns don’t really tell me anything meaningful about the departed.

Rather than tell an audience that a loved one was “warm,” “kind,” “sensitive” or “supportive,” I recommend showcasing those qualities by telling stories that show the departed was warm, kind, sensitive or supportive. The act of telling a story, with verbs and color and detail, engages an audience’s emotions and brings the subject of that story to life fully realized, warts and all.

Perhaps as an exercise in professional development we should watch a memorial service for a famous person we didn’t know. Afterward, think about which speaker made you feel as if you knew the person who had died, and which speaker did not. Then put that insight to work when you return to your work. 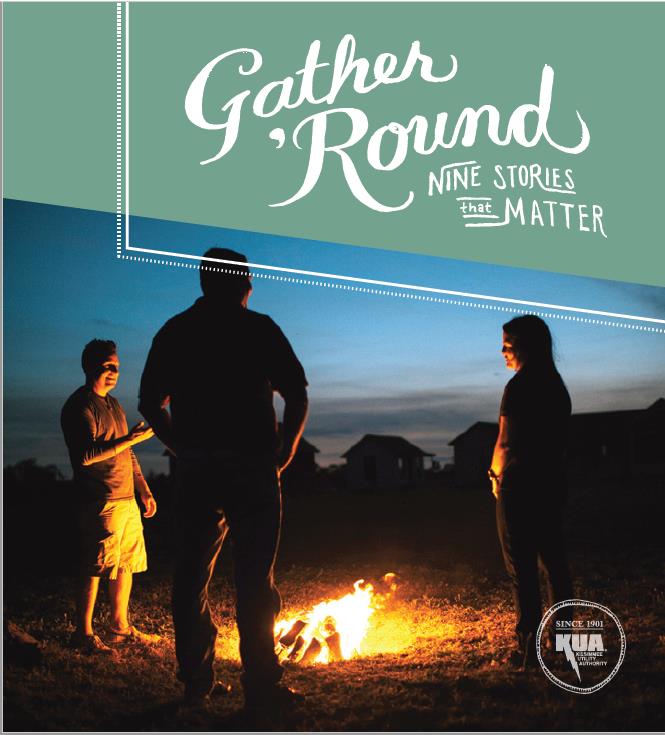 The provision of electricity, natural gas or water service may not be as stimulating as other professions, like Formula 1 race car driver or scuba diving instructor. But if you look hard, and think creatively, you can get there. For one client, I wrote an entire annual report consisting of nine interrelated stories about a local community and what the utility was doing to preserve and enhance it.

The memorial service for Boulder Police Officer Eric Talley reminded me of another memorial service from a few years ago. When Ben Bradlee, the former executive editor of The Washington Post, died, among his eulogizers was one of the famous reporters he had supervised — Carl Bernstein of Watergate fame.

You would think Bernstein, one of the news media’s premier storyteller, who followed the money and helped bring down a president as he chased the Watergate story, would have a bunch of stories to share about their famous, colorful, crusty, demanding, occasionally profane executive editor. You’d be right.

Bernstein shared vignettes that showcased his former editor’s defining characteristics. He said Bradlee was not afraid: “Of presidents, of polio, of political correctness, of publishing The Pentagon Papers … of going off to war in the Pacific, of making mistakes.”

He then shared several colorful stories — some familiar, some not — that demonstrated his former editor had the courage of his convictions. Lots of color. Plenty of detail.

He then shared several colorful stories — some familiar, some not — that demonstrated his former editor had the courage of his convictions. Lots of color. Plenty of detail.

Communications Tip of the Month: In your daily work, as you write content — for your annual reports, your newsletters, and your community involvement reports — you need to make your points by telling stories. Show, don’t tell! Use more verbs and fewer nouns. Be specific. Get into the details. Open with an anecdote that pulls in readers.

Another eulogist for famous departed people is historian Jon Meacham. In his 2018 eulogy for former President George H.W. Bush, he put us right in the cockpit of a fighter plane in World War, with Bush at the controls. “Shortly after dawn on Saturday, September 2, 1944, Lieutenant junior grade George Herbert Walker Bush, joined by two crewmates, took off from the U.S.S. San Jacinto to attack a radio tower at Chichijima. As they approached their target, the air was heavy with flak. The plane was hit. Smoke filled the cockpit. Flames raced across the wings. ‘My god,’ thought Lt. Bush, ‘this thing is going to go down.’ ”

That was the first 43 seconds of Meacham’s sterling eulogy. The only details he missed were what Bush ate for breakfast that Saturday morning, or whether he had been out late the night before. 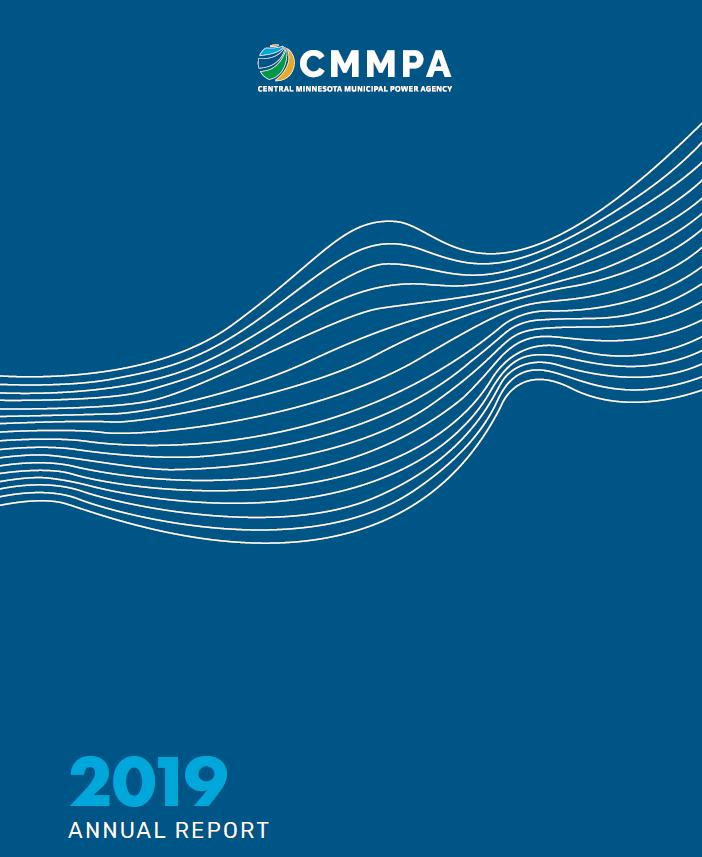 When you’re looking to grow professionally in your utility communications, doesn’t it make sense to benchmark yourself against the best? I am not discouraged when I watch eulogies from expert storytellers. Sure, they’re better than I am, and they’ve had more practice than I have. They set a bar I seek to clear each day. 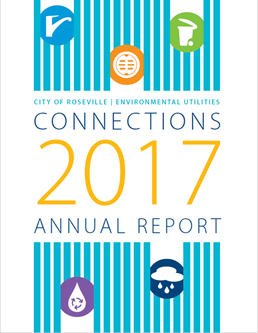 Although I’m not (yet!) in the same league as Bernstein or Meacham, as often as possible I tell stories that showcase clients’ good works and the essential work they do. For example, there were a lot of ways to discuss wastewater treatment. For one client, I told it with this story: “What happens after you flush the toilet?” For another client, I discussed how better-quality lighting carried several non-financial benefits in this story, “Better Lighting Leads to Better Living,” contained in a different annual report.

Utility Communicators, Aspire to Be Storytellers

Funerals can be a hard place to hone your storytelling skills. I’ve spoken at a few and I can attest that it’s easier said than done — particularly when you are eulogizing a family member.

When you invite your readers or listeners into a story, you make them part of it, which increases the likelihood that they will feel or do as your protagonists do in your stories: They’ll enroll in your green energy program, they’ll participate in your paperless billing program or they’ll make the call to schedule a home energy audit.

I have blogged a lot on storytelling in the last couple of years. Like here. And here. And here. I return to it today in the renewed belief that utility communicators will be more successful when they see their work as storytelling. You will get more readers if you envision your work as a storyteller who unearths stories about which your readers care, rather than a court reporter who simply records the testimony of a legal proceeding.

Check out this example of storytelling by a utility:
Redding Electric Utility Delivers on Its Mission by Helping Those in Need